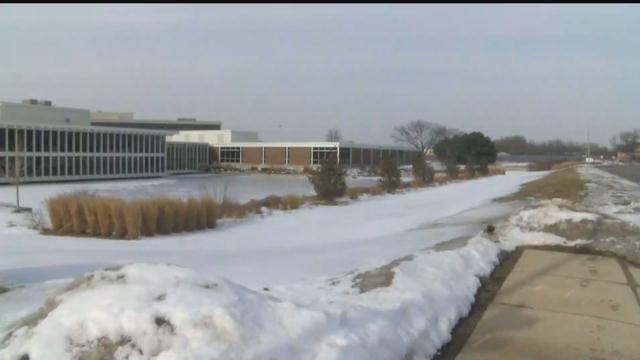 We've only known about it for a matter of hours, and already the merger between Johnson Controls and Tyco International is drawing some flak on the presidential campaign trail.

Democrat Bernie Sanders called the deal 'A disaster for American taxpayers' because it would move the Glendale-based company's global headquarters overseas.

The plan that we're aware of so far is to keep operations here normal.

The headquarters will officially be in Ireland,which would benefit the company because of the country's lower corporate tax rate.

The new headquarters will be in Cork, Ireland.

So what does the mayor of Glendale think about change?

“Well at this point I would say neutral. We don't know what long term impact will be," said Mayor Kennedy.

Others have been more critical, especially after looking at Tyco's history.

"They moved their headquarters around through about four different countries before finally settling in Cork, Ireland. And I think the history of that company and it's movement to kind of shield activity from taxes is the reason why business press immediately referred to this as a tax inversion deal,” said Daniels.

A tax inversion, basically: the corporate tax rate in the u-s is 35% and as low as 20-percent with loopholes.

In Ireland its 12.5%, but Professor Daniels says it's difficult to blame Johnson Controls for taking advantage of the maneuver.

"I think the criticism is misplaced. I think the bigger picture is that the United States is in dire need of tax reform. That's really the big issue. The question is why do companies do this,” said Daniels.

"And they have assured us that they plan to have a large presence in Glendale well into the future. They currently have about a thousand employees here in the city. Regardless of where their world headquarters might be they will still have a sizable presence here in this city and will still be a very engaged corporate neighbor," said Mayor Kennedy.

Layoffs are expected in this deal at the management levels of Johnson Controls.

Corporate leadership is being transferred to the CEO of Tyco.