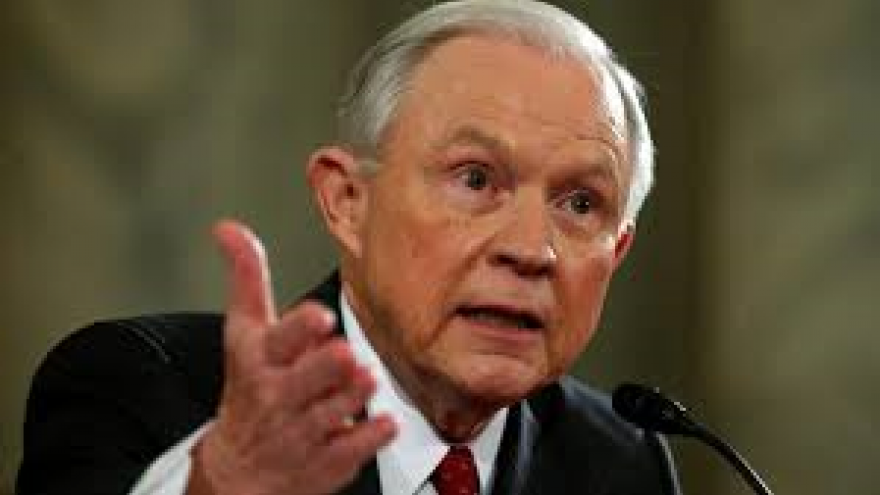 (CBS) All eyes will be on Attorney General Jeff Sessions as he testifies in public Tuesday to address issues related to former FBI Director James Comey and the investigation into Russian interference in the 2016 U.S. election.

Sessions, who served in the Senate representing Alabama, will testify before the Senate Intelligence Committee Tuesday at 2:30 p.m. ET. He was originally scheduled to testify on President Trump's budget before the House and Senate Appropriations Committees, but now Deputy Attorney General Rod Rosenstein will take his place. The Justice Department's public affairs division confirmed Monday that Sessions would speak in an open session after some speculation that he might testify in a closed hearing.

"The Attorney General has requested that this hearing be public. He believes it is important for the American people to hear the truth directly from him and looks forward to answering the committee's questions tomorrow," the Justice Department said.

Sessions' appearance comes less than a week after Comey testified before the same panel Thursday for the first time before Congress since Mr. Trump fired him as FBI director on May 9. Comey reportedly told lawmakers in the closed session following the open hearing that Sessions had a third undisclosed discussion with a senior Russian diplomat last year. It was only previously known that Sessions had two meetings with Russian Ambassador to the U.S. Sergey Kislyak. He will, therefore, likely face questions about each individual meeting or phone call with Russian officials during the 2016 campaign and after the election.

Sessions last testified before Congress in his confirmation hearing in January.

"I didn't have-- did not have communications with the Russians," he said then. However, since then, he has acknowledged meeting with Russia's ambassador to the U.S., Sergey Kislyak, in 2016.

"Two meetings, one very brief after a speech," Sessions said.

The attorney general will also likely be asked about the conversation revealed by Comey in which he told Sessions never to leave him alone again with the president, following the February 14 meeting in the Oval Office in which Mr. Trump asked everyone but Comey to leave the room, including Vice President Mike Pence and Sessions. During that meeting, Comey said that the president asked him to end the FBI's investigation into former National Security Adviser Lt.-Gen. Michael Flynn (ret.).

He may also be asked about the scope of his involvement in Comey's dismissal, given his decision to recuse himself from the Russia probe. He said at the time, "I should not be involved investigating a campaign I had a role in."

Asked if it was appropriate for Sessions to have been involved in the decision to fire him, Comey said last Thursday, "That's something I can't answer, sitting here. It a reasonable question, but that would depend on a lot of things I don't know, like what did he know, what was he told, did he realize that the president was doing it because of the Russia investigation — things like that. I just don't know the answer." The stated reason initially given by the White House for Comey's dismissal was his handling of the investigation into Hillary Clinton's email server. However, in the days after Comey was fired, Mr. Trump said that the Russia investigation was on his mind when he decided to terminate Comey

Sessions won't be the only Cabinet member testifying before Congress this week. Other witnesses include Treasury Secretary Steve Mnuchin, Secretary of State Rex Tillerson, Defense Secretary Jim Mattis, Health and Human Services Secretary Tom Price, EPA Administrator Scott Pruitt, Agriculture Secretary Sonny Perdue and Transportation Secretary Elaine Chao. Acting FBI Director Andrew McCabe is also set to testify. All of them are scheduled to discuss Mr. Trump's 2018 budget proposal, even though lawmakers, including Republicans, declared the blueprint "dead on arrival" when it was unveiled in May.