James Foley's Parents to Attend Mass of Remembrance at Gesu 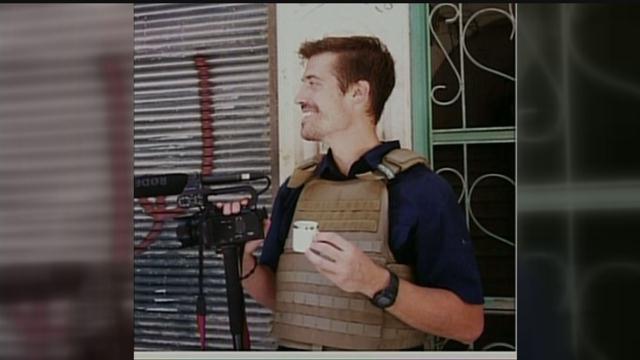 James Foley’s parents will be attending a Mass of Remembrance for their son on Sunday at the Church of Gesu on Marquette’s campus.

Foley was held hostage and murdered by ISIS in 2014. He majored in history at Marquette  and graduated from the Helen Way Klingler College of Arts and Sciences in 1996

John and Diane Foley will be in attendance as a painting of James that was commissioned during Marquette University Mission Week last February is blessed during the Mass. The painting will be installed at the Alumni Memorial Union after the Mass.

It is the first of three events at Marquette this month to remember James Foley.

Marquette is participating in a virtual 5K run on Saturday, October 17, to benefit the James Foley Legacy Foundation. The race will take place in Rochester, New Hampshire, where Foley lived, but Marquette and other places around the world are participating in virtual races as part of the fundraiser.

In addition, Marquette is an anchor school participating in the James Foley Rosary for Peace on Sunday, Oct. 18, on what would have been his 42nd birthday. Marquette will provide up to 200 rosaries for those participating on campus at the St. Joan of Arc Chapel.