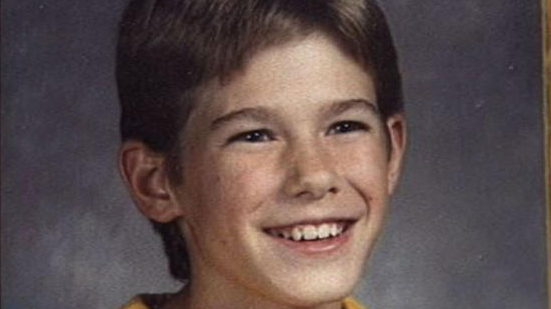 A suspect in the 1989 abduction of a 12-year-old Minnesota boy led the FBI to remains that were being tested for DNA to determine if they match the missing boy’s, a law enforcement source confirmed to CBS News senior investigative producer Pat Milton on Saturday.

It was during that time that Heinrich allegedly told investigators where they would find Jacob Wetterling’s body. Searchers have been at a site in Stearns County for several days, and at some point found bodily remains and Jacob’s clothing at the scene, WCCO-TV reports.

“Our hearts are broken. We have no words,” Wetterling said.

Wetterling said the family will release an official statement at some point.

Jacob was 11 when he was kidnapped by a masked gunman on Sunday, Oct. 22, 1989, in St. Joseph. He was biking home from a convenience store with his brother and a friend.

The FBI said a similar case happened in January 1989, when 12-year-old Jared Scheierl was sexually assaulted in nearby Cold Spring. There was also a series of sexual assaults in nearby Paynesville in 1986 and 1987.

Heinrich, of Annandale, was questioned in 1990 about the assaults and the Wetterling case but was never formally charged.

The FBI named Heinrich a person of interest in the Wetterling case last October. Heinrich was charged with 25 counts of child pornography possession on the same day, to which he pleaded not guilty.

It was also announced on that day that DNA taken from Heinrich in 1990 linked him to Scheierl’s assault, a discovery made by investigators in 2015.

Heinrich would not face any charges due to the statute of limitations, but Scheierl filed a civil suit against him in May, accusing Heinrich of sexual battery and false imprisonment.

The Jacob Wetterling Resource Center released a statement Saturday morning on its Facebook page, saying its staff was “in deep grief.”

“We didn’t want Jacob’s story to end this way,” the statement said. “Our hearts are heavy, but we are being held up by all of the people who have been a part of making Jacob’s Hope a light that will never be extinguished. ... Jacob, you are loved.”