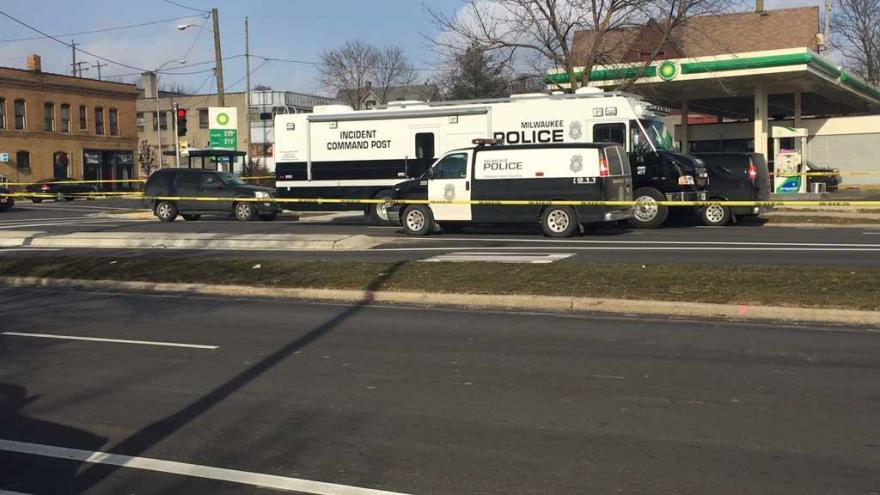 Milwaukee Police are searching for a suspect wanted for beating a gas station employee to death with a bat.

It happened around 9 A.M. Thursday morning at the BP gas station off 27th and Lisbon.

Witnesses say a store worker was chasing a shoplifter out of the store, when the incident happened.

"The thief picked up the baseball bat, attacked the man from behind, beat him to a bloody pulp," says Darrell Pate.

Pate owns Dep's Hall of Fades across the street.

"I've never seen anything like this happen around here," he says.

Police have identified the victim as 34-year-old Harjinder Singh.

Singh spoke with CBS-58 in 2012, after a worker was assaulted by a shoplifter at a gas station he owned.

"Looking at him, you're like he's gone, cause it was just too much blood," said Graham. "It makes you think about your status like do I need to leave because how much more can you take."

Graham remembers Singh as a friendly face on the block.

"We go over there like three or four times a day because we don't have a vending machine. So we always say hey," she said.

Now, the neighborhood is trying to figure out why this happened.

"It's a tragedy that it has to end like this," says Pate.