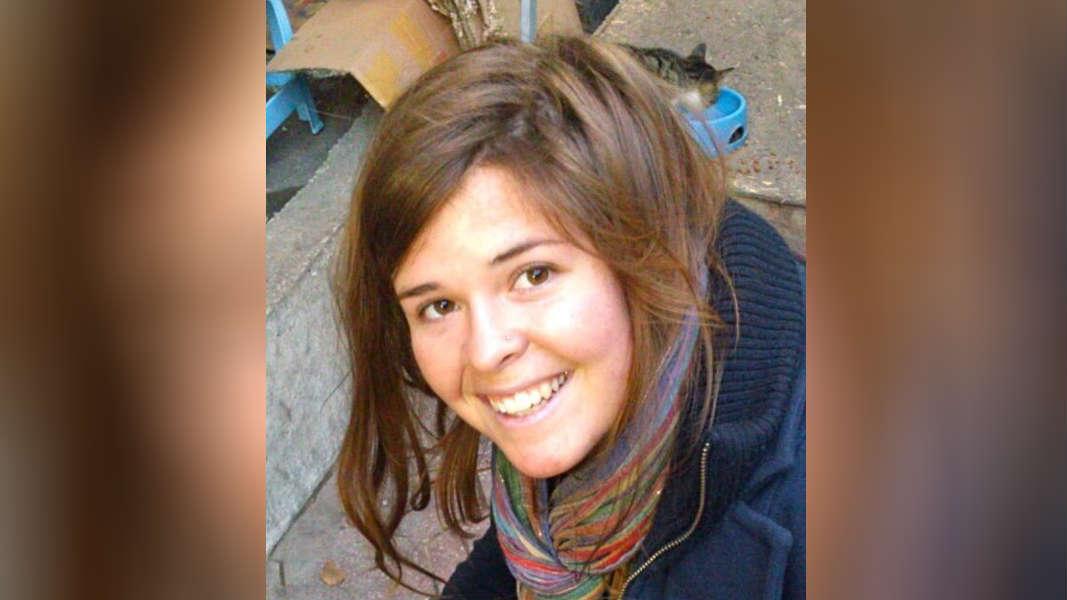 AMMAN, Jordan (CNN) -- The Jordanian military has struck hard at ISIS targets in Syria, parts of its efforts to avenge the death of one of its pilots. But did it end up killing an American hostage in the process?

That's what ISIS said in an online posting Friday, claiming that a female American it was holding captive had died in a Jordanian airstrike on ISIS's de facto capital, Raqqa. The posting included a picture of a collapsed building that ISIS claimed the woman was being held in.

But it did not show her or provide any proof of her death.

Jordanian Interior Minister Hussein Majali swiftly and firmly knocked down the report, calling it another \"PR stunt\" by ISIS.

\"They tried to cause problems internally in Jordan and haven't succeeded,\" Majali said. \"They are now trying to drive a wedge between the coalition with this latest low PR stunt.\"

Previously, ISIS has held a number of hostages from the United States, Britain and Japan. As of now, at least two Westerners are thought to be in its custody: British journalist John Cantlie, who has appeared in a number of ISIS-produced videos, and the American woman, who is a 26-year-old aid worker.

The American's family on Friday identified her as Kayla Mueller, a Prescott, Arizona, native taken captive in 2013 in Aleppo, Syria, while leaving a Doctors Without Borders hospital. The family communicated through a spokeswoman.

Asked Friday about ISIS's claim of Mueller's death in Raqqa, State Department spokeswoman Marie Harf said that she could not \"confirm those reports in any way.\"

\"Obviously (we are) deeply concerned by these reports,\" she added. \"We have not, at this point, seen anything that corroborates (ISIS's) claims.\"

Experts: Claim is dubious, but possible

When it comes to ISIS, there's plenty of reason for skepticism.

Most of its hostages hostages have been executed by the terror group, which then touted the grisly deaths online.

That was the case with Jordanian pilot Lt. Moath al-Kasasbeh, who was captured by the Islamist extremist group after his F-16 fighter jet crashed while on an anti-ISIS mission near Raqqa. Video emerged Tuesday of ISIS burning him alive while he was locked in a cage.

After the video came out, Jordanian officials said they have reason to believe al-Kasasbeh was actually killed in early January. That suggested that during the month between, while signaling its openness to a prisoner exchange with Jordan, ISIS had known all along that the pilot was dead.

CNN terrorism analyst Paul Cruickshank is among those very dubious that ISIS is telling the truth this time around, including its claim that the U.S. hostage was alone in the building and that no militants died in the strike.

\"It seems very, very convenient for propaganda purposes, from the ISIS point of view,\" Cruickshank said.

\"We all know that (the U.S.-led military coalition's) intelligence ... in Syria is not as good as we have in Iraq now,\" Reese said. \"So it is plausible (Mueller was killed), and it could be unfortunate. But sometimes ... that happens in these wars.\"

This all comes in the wake of al-Kasasbeh's horrific killing, which spurred outrage in Jordan and beyond.

His father, Safi al-Kasasbeh, afterward called on Jordan and its allies to \"annihilate\" ISIS. Government officials appear, at least in their rhetoric, determined to do just that.

\"(Jordan will extract) revenge that equals the tragedy that has befallen the Jordanians,\" government spokesman Mohammad al-Momani said.

On Thursday -- a day after executing two jihadists in retaliation -- the Middle Eastern nation launched its first strikes since the news emerged about al-Kasasbeh.

The late pilot's father said that King Abdullah II told him 30 Jordanian warplanes participated in Thursday's action, which were focused in and around Raqqa.

It wasn't immediately clear how many jets took part in Friday's airstrikes, or what they managed to achieve. The anti-ISIS activist group, \"Raqqa is Being Slaughtered Silently,\" reported warplanes in that Syrian city as well as loud explosions, releasing a photo of dark smoke rising above.

At the very least, the latest strikes prove that Jordan's mission, dubbed \"Moath the Martyr,\" is not a one-day affair.

Sermonizing against ISIS, supporting the fight

Until now, ISIS hasn't shown any inclination to back down. Just the opposite, in fact: The terror group has been relentless and brutal in its quest to establish a vast caliphate under its strict, twisted version of Sharia law.

The organization's savagery seemingly knows no bounds, not only in its use of captives' killings as grisly propaganda tools but in its campaign of mass killings, rapes, kidnappings and other atrocities while taking over swaths of Iraq and Syria.

Just this week, a U.N. report claimed ISIS has stepped up its use of children in its bloody campaign, even putting price tags on some and selling them as slaves.

Al-Kasasbeh's killing was an attempt by ISIS \"to instill terror and fear in the hearts of its enemies,\" making them less willing to provoke or put up a fight, says a prominent Sunni Muslim cleric who has been exiled from Syria.

\"What's happening is the opposite,\" Shaykh Muhammad al-Yaqoubi told CNN's Christiane Amanpour this week. \"The martyrdom of Moath has united Muslims ... against ISIS, leaving no slight room of doubt that these people do not represent Islam. They represent savagery, terrorism and extremism.\"

That seems to be the sentiment in Jordan, at least, where citizens rallied again Friday in Amman to honor al-Kasasbeh and condemn his killers.

Thousands filled the King Hussein Mosque there, listening to a sermon decrying ISIS as antithetical to Islam and insisting that Muslims cannot stand idly by.

After prayers, crowds spilled out onto the streets to march calmly and defiantly toward Palm Square. Many held up banners and signs -- including Queen Rania, with a poster that read, \"Moath, the martyr of justice\" -- and chanted, \"Long live the King.\"

'We are upping the ante'

Such public support for the effort to destroy ISIS is significant in the Middle East, given the terrorist group's stated goal of establishing a pure Islamic state and the fact the United States is leading the international coalition fighting against it.

For weeks, Jordan had been one of a handful of nations in the region taking part in the U.S.-led fight.

That campaign is continuing, with the U.S. military announcing Friday -- apart from Jordan's own actions -- nine airstrikes targeting ISIS tactical units and fighting positions near the northern Syrian border city of Kobani and another strike of storage and staging facilities in Hasakah.

Also, in Iraq, Kurdish and Iraqi fighters on the ground are getting help from their coalition partners in the air. Between 8 a.m. (midnight ET) Thursday and Friday, local time, the American military reported eight airstrikes on five Iraqi locations.

Still, Jordan has come to the fore among coalition members in its pursuit of ISIS. And that doesn't seem likely to change anytime soon.

The armed forces promised Thursday on state TV that \"this is just the beginning.\"

\"We are upping the ante,\" Jordanian Foreign Minister Nasser Judeh told CNN. \"We're going after them wherever they are, with everything that we have.\"