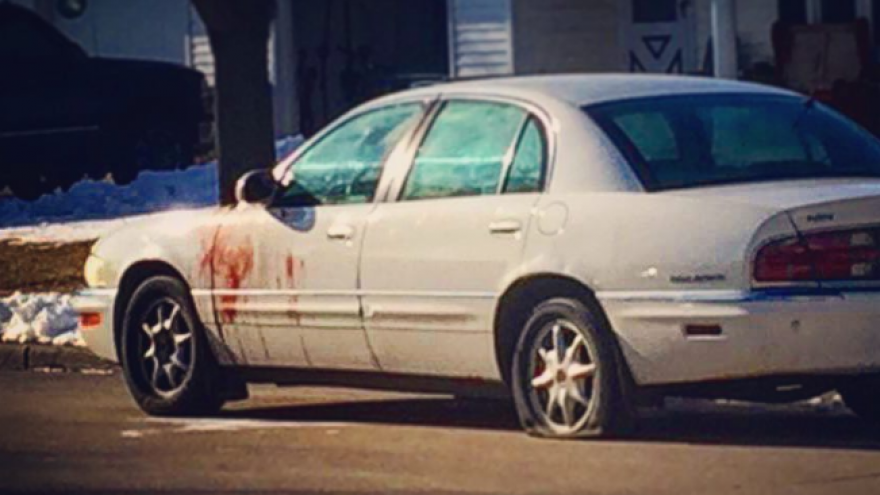 APPLETON, Wis. (WFRV) - Investigators are looking for the source and an explanation of the blood that was found on the side of a vehicle in Appleton Thursday.

Around 9:30 a.m. on Thursday, an officer was sent to the 500 block of East Bradford Avenue for a suspicious incident. Police say a resident from that neighborhood reported a vehicle parked on the side of the street with a large amount of blood on the driver's side and on the ground near the vehicle.

That same resident told officers about an incident near the vehicle on the evening of April 4. Investigators then checked out local hospitals for anyone who may have received medical attention. Officers tell Local 5 they have also had contact with the registered owner of the vehicle, who does not live in the area where the incident occurred.

Investigators continue to look for anyone who may have been present during the reported disturbance. Officials say they believe those involved may have left the neighborhood in two white vehicles after the incident.

Police say the incident is currently considered suspicious. If you have any information regarding this case, you are asked to call Sergeant Neal Rabas at the Appleton Police Department's non-emergency phone number at (920) 832-5500.

If you have information, but would like to remain anonymous, police say you can also go to the REPORT feature on the Appleton Police Department’s free phone app. For additional information, contact Sergeant Lund at (920) 832-5509.