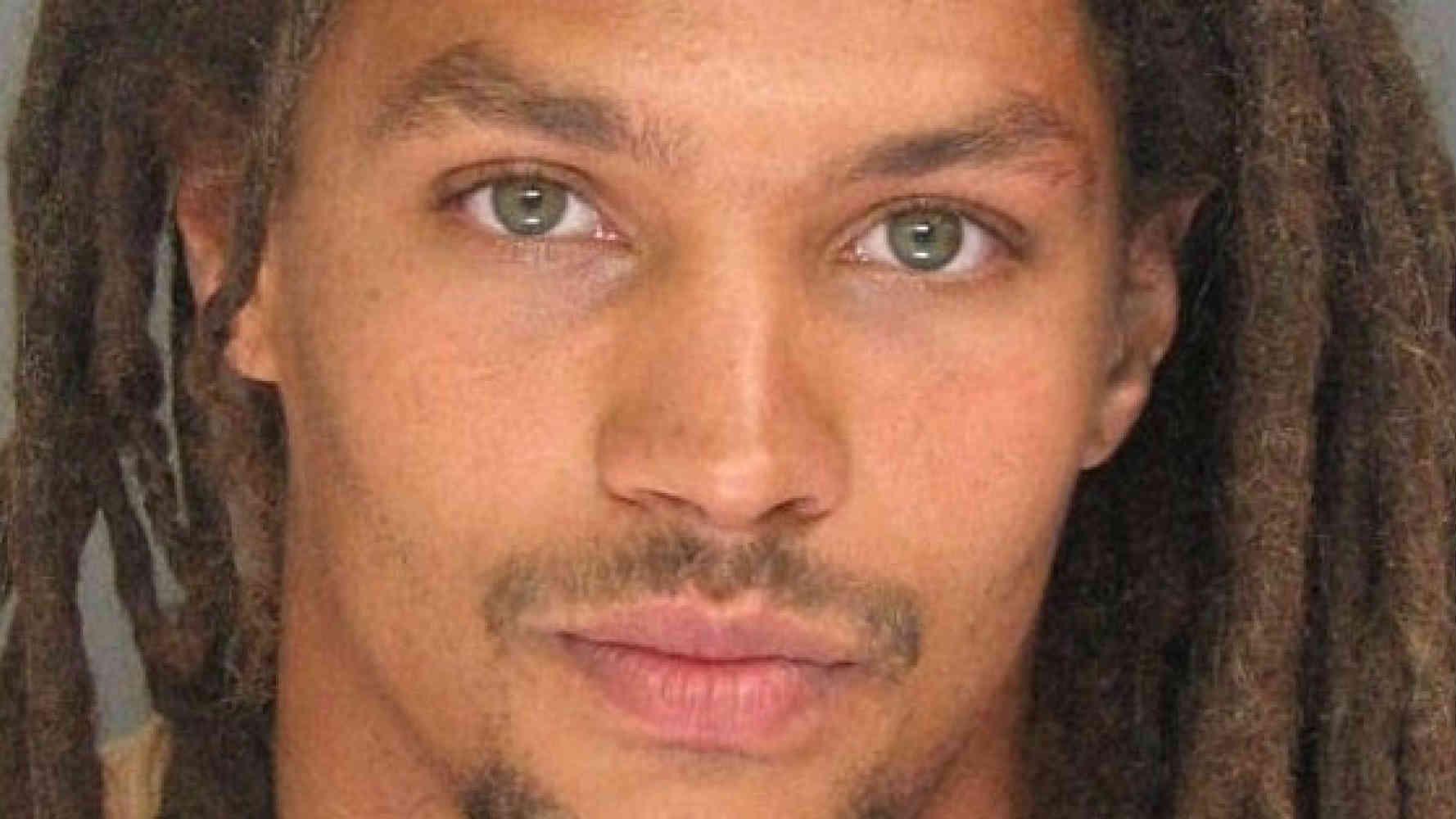 Oh, those cheekbones, those piercing eyes, that hint of danger.

Move over Jeremy Meeks, there's a new bad boy in town when it comes to lawbreakers the Internet lusts after.

You might remember Meeks, the California man who, despite a rap sheet littered with charges related to gang membership, firearm possession and grand theft, became a viral sensation in June because of his attractive mugshot.

Police in Santa Cruz, California, said the 29-year-old dreadlocked man attacked a person dressed as a Fox News reporter during the city's downtown festivities on October 31.

Kory \"attacked the victim telling him he 'hates Fox News' \" ... then \"grabbed the victim's microphone and placed (it) down the front of his pants and proceeded to rub the microphone on his crotch,\" according to the police report.

Police said Kory then attacked the victim with an aluminum tennis racquet. The victim was not injured and reported the incident to police, who chased down the fleeing Kory, the report continued.

Kory's mugshot sparked numerous responses on Twitter, many from women praising his looks or comparing him to Meeks.

Kory wasn't the only Halloween reveler to get in trouble in Santa Cruz over the weekend. Among the other notable arrests in the coastal California city was a resident dressed as Edward Scissorhands who got a little too into character and was cited \"for mutilation of city trees.\"

Meanwhile, as much of the Internet glorifies criminal behavior, we'll be over here trying to get a sexy humanitarian portrait to go viral.