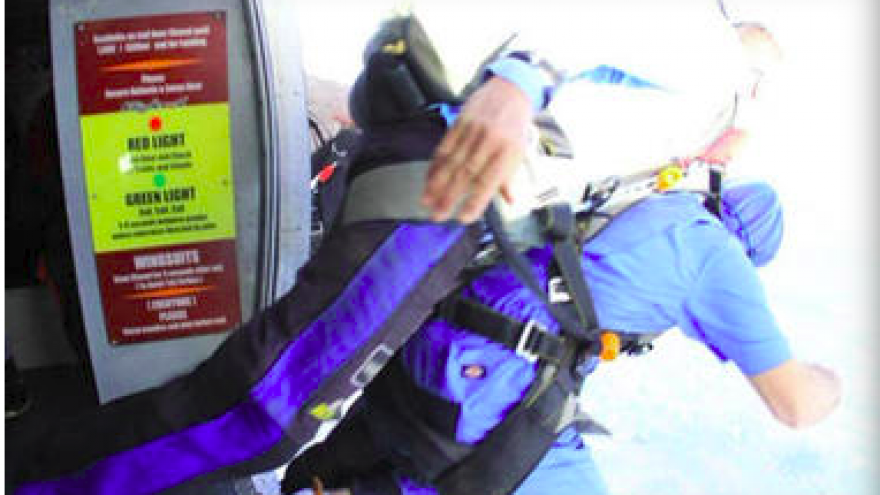 "Everyone was quiet, the whole place was quiet, but you could tell that he was just such a nice guy, and I felt awful because he was videoing me," Gately told WBZ-TV.

The pair spent a few hours together before the jump getting to know each other.

"He was so happy, and he just made us excited and comfortable," Gately said.

When they were in the air, the photographer "was across from me, and he's like almost reaching out, doing hand gestures, telling me to wave, and I'm just like 'yeah!'" Gately said.

After about 60 seconds of free-falling, Gately remembers pulling his chute and feeling like he came to a halt. The photographer kept going, which Gately thought was routine at first.

"In my peripheral, I could see spinning, but I couldn't see anything else," Gately said. "That's when I heard my instructor say, 'Oh no,' and you know something was wrong, so I start to freak out."

The photographer's main chute was tangled, and the second chute failed. He had 40 years of skydiving experience.

Gately will do his best to remember the man's contagious passion.

"In his honor," Gately said, "I would say that I would still go [skydiving], in his honor."