Hundreds attend vigil in Glendale in memory of shooting victims 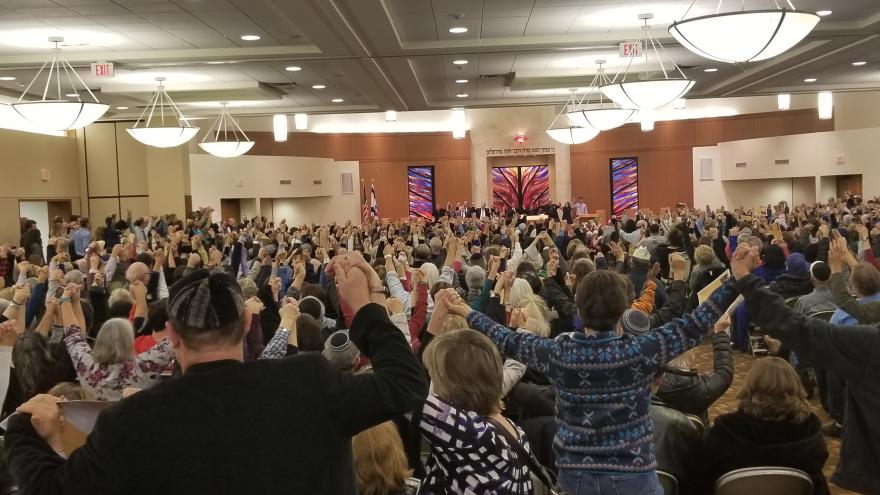 GLENDALE (CBS 58) - The Jewish community came together for a vigil in Milwaukee Monday.

About 1,800 people attended the vigil, some showing up an hour early.

The security included both local police and private security.

“The way we respond is to come together,” said Hannah Rosenthal from the Milwaukee Jewish Federation.

“It’s important to come together in times like this when we’re feeling such pain and grief and sorrow and some fear,” said Rabbi Marc Berkson.

Among the crowd was a heavy police presence.

“That feeling of safety has been taken away and it’s important that we have that available for our community,” said Ann Jacobs from the Milwaukee Jewish Federation.

“My parents knew most of the people that were killed,” said Schneider.

She says it’s important for the community to come together and send a message.

“I think all of us need to stand up and say this is wrong and enough is enough,” said Schneider.

“There are threats, we are a vulnerable community but we don’t change anything we do,” said Rosenthal.

The Jewish Federation says the increased security will stay in place for as long as they need it, and they hope that’s not long.

“We need to talk about putting safety back in our sphere and it’s not about barricading ourselves in, it is by expanding our circle and bringing more people together to fight against hate,” said Jacobs.

It wasn’t just the Jewish community at the vigil, there were members of other faiths as well.