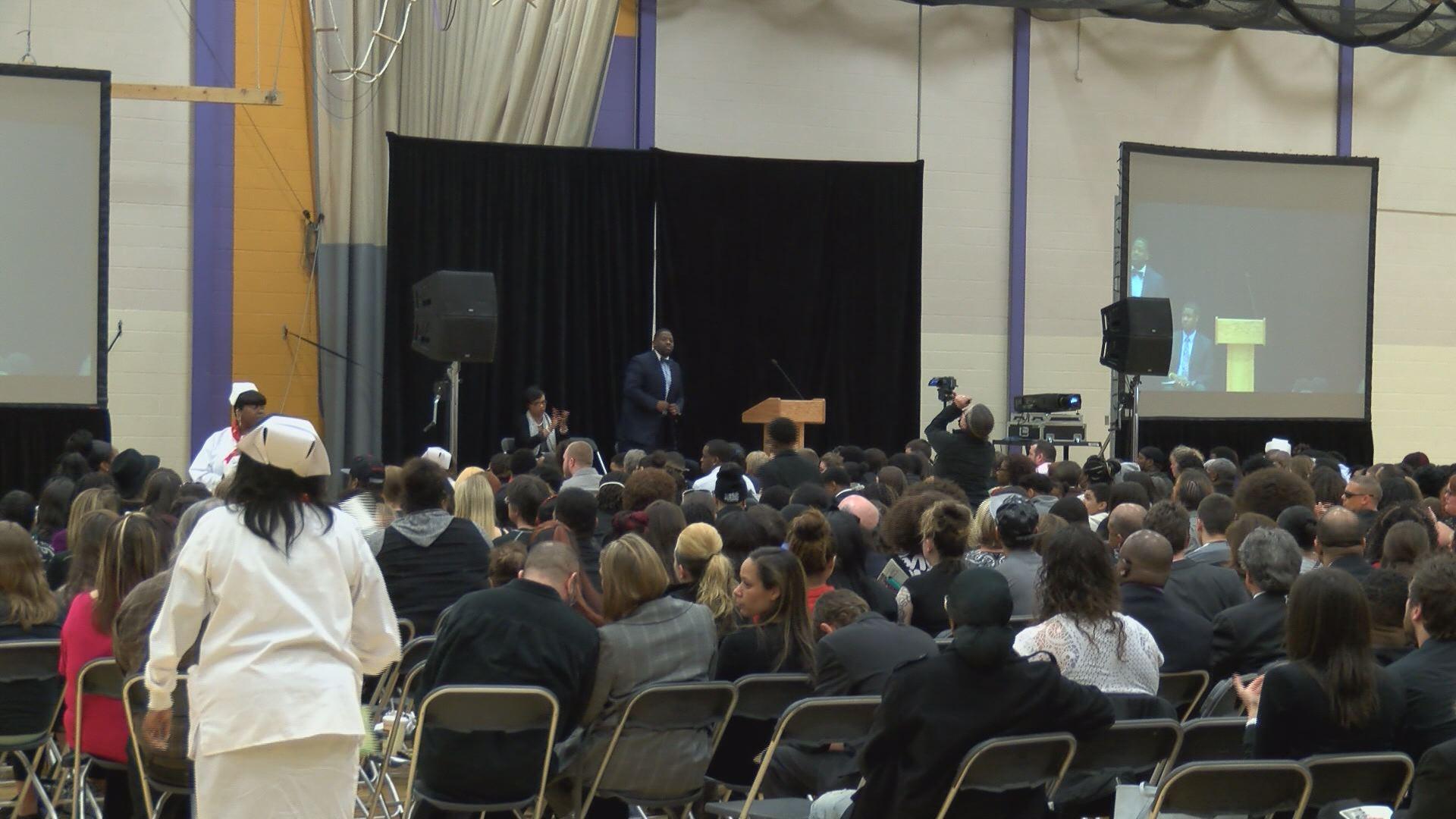 Mourners in Madison raised their fists during Saturday's funeral for Tony Robinson, the 19-year old killed by a police officer's gunfire 8 days earlier. Police say Robinson was involved in an altercation with the officer before the shooting, but protestors believe Robinson was the victim of excessive police force.

Tony Robinson's grandparents spoke to reporters after Saturday's service, and said they knew the community would be there standing with them.

\"There's a lot of love in our family man and the people you saw sitting out here, that's family!\" said Sharon Irwin, Robinson's grandmother.

Hundreds of people packed a gym to say final goodbyes to the 19 year old, while some of Robinson's closest friends struggled with emotions while sharing some of favorite memories.

Friends say Robinson had big dreams and wanted to live forever, but one of the things we heard here at the service is piece of Tony will live on forever.

\"He is our very own martyr, a champion of change.\" said Robinson's aunt, Lorien Carter.

Always smiling, laughing, and joking; that's the Tony Robinson friends say they knew and will miss.

\"He would turn to me and say the same thing every single time. Jordan, you're ugly. And I'd always have to reply with nah bro, you're ugly.\" one friend said making the crowd laugh.

Family says Robinson would always put other people before himself. They also say he regretted mistakes he made in the past and was working to make up for them.

The state Division of Criminal Investigation is working on the investigation of Tony Robinson's shooting, and they've said they hope to finish their work in two weeks time.