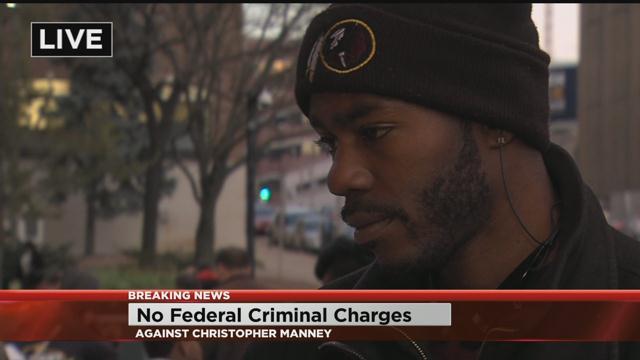 Dontre Hamilton's family called supporters on Tuesday to City Hall for a Demonstration and other protesters have gathered there because of tonight's debate.

"We've been prepared to do more than protest,” said Nate Hamilton.

Hamilton said there is a need change.

"Is our marching and protesting not enough," asked Hamilton.

Hamilton said he does not plan on throwing the first blow and not burning.

“How long can we march with maintaining respect for our city that does not respect us,” said Hamilton.

Hamilton went on to say he planned to be up-close and personal with our oppressors.