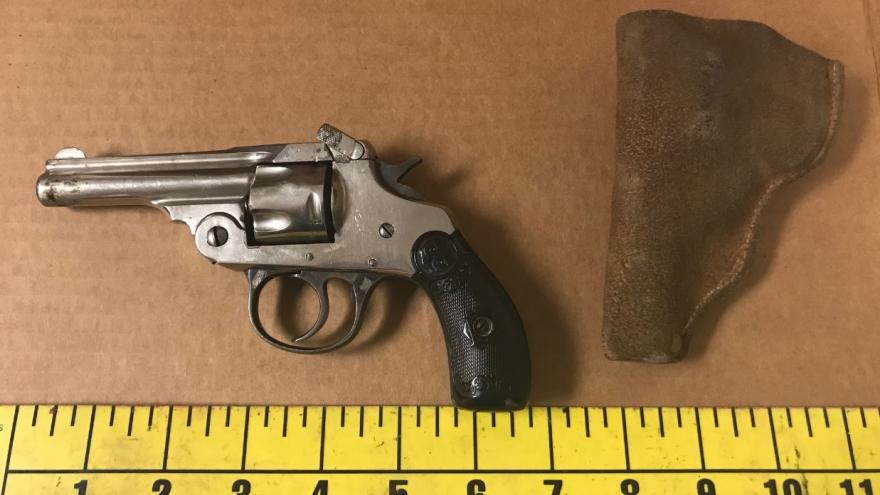 MUSKEGO, Wis. (CBS 58) – Police in Muskego are trying to find the owner of a handgun left in an empty Walmart cart.

According to Muskego police, someone found the gun in a cart in the entrance of the Walmart on Moorland Road around noon on Tuesday, June 12.

After finishing his shopping, the Muskego resident brought the holstered, unloaded revolver to the Muskego Police Department.

Police believe the gun was accidentally left in the cart. It was not loaded and did not pose an immediate danger to the public. Officers say they are reviewing surveillance video to try to find its owner.

The gun is described as a chrome Iver Johnson .32 caliber revolver with black grips in a simple leather holster.

Anyone with information regarding the gun’s owner is asked to contact the Muskego Police Department at 262-679-4130.