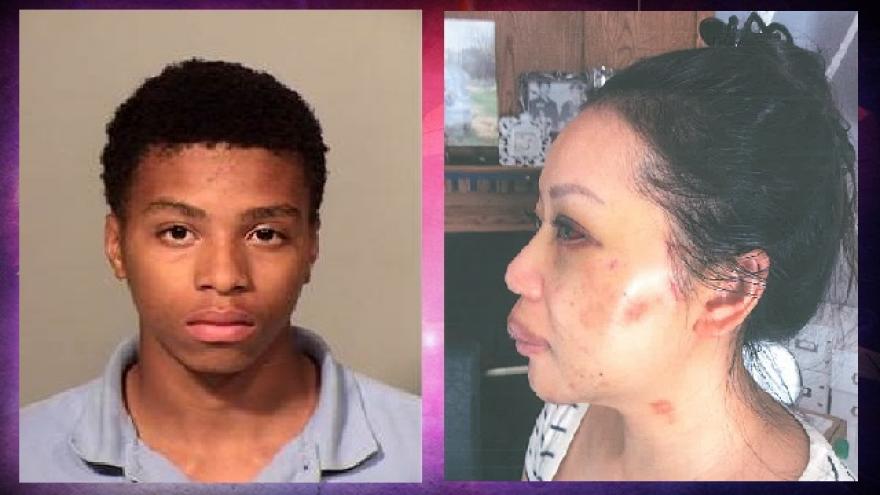 On Friday, July 21 at 12:59 PM, a 31-year-old woman was brutally attacked during an attempted robbery and carjacking in the parking lot of Pacific Produce on South 27th Street, in Greenfield. When officers arrived, they found the victim sitting in her car with significant facial trauma and bleeding heavily.

The victim explained that when she began exiting her car, the car door was pulled open by a black man. This suspect did not say anything to the victim and immediately began hitting her in the face with his right fist while wearing brass knuckles. The suspect also attempted to pull the victim from her car by her leg. As the victim was being struck, she was able to retrieve pepper spray that she carried and sprayed the suspect in the face causing him to flee in his car - a dark colored sedan. While the victim was being brutalized, a womanwas attempting to open the passenger door and was yelling to the male that he should “grab the purse.”

The victim was transported to Froedtert Hospital by ambulance and treated for non-life threatening injuries.

While investigating this case, detectives learned of a retail theft that occurred in the Village of Greendale just before the incident. The description of the woman closely matched the female suspect in this case and fled in a similar vehicle.

On Tuesday, with assistance from the Wauwatosa Police Department, Greenfield Police Department detectives located and arrested the woman that was being sought for questioning in this case. She is a 16-year-old girl from Milwaukee. She was transported to the Milwaukee County Children’s Court Center and is being held on charges of being Party to a crime of Armed Robbery, Substantial Battery and Operating a Motor Vehicle Without Owner’s Consent.

The Greenfield Police Department has identified the male suspect as Corleon Thomas, an 18-year-old Milwaukee man, for questioning in this incident. He is described as a black man, 5’3”, 105 pounds with black hair and brown eyes.

If anyone has any knowledge as to his whereabouts, please contact the Greenfield Police Department at 414-761-5300. You can also  anonymously report tips to WeTip, 1-800-78-CRIME and earn a cash reward.