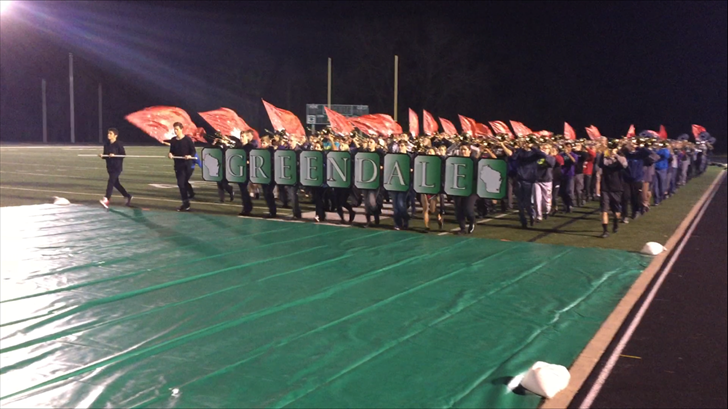 With each perfectly timed step, Greendale High School's Band is marching closer to the performance of a lifetime.

The group of 270 is one of just 7 high school bands in the nation to perform in this year's Macy's Thanksgiving Day Parade.

"This is a once in a lifetime opportunity," says Student Lindsay Miller. "I'm nervous, but hoping all goes well."

The performance comes amid growing concerns over terrorist attacks at this year's parade. Earlier this week, a magazine published by the Islamic State referred to the parade as an "excellent target" for an attack, urging supporters to use vehicles in terror attacks.

"There's a concern at any event of this size, but we have the utmost faith in the NYPD," said Band Director Tom Reifenberg.

His concern is on his students, and perfecting their performance before they leave for NYC on Sunday. The two and a half mile march will end with a 90-second performance in front of millions nationwide.

"The part that's televised is at the end of the parade," he says. "So you've got to get through that two and a half miles and then still have enough energy left to perform for the world."

Senior Sam Schultz has never been to New York, and is looking forward to the moment.

"There's a little nerves even though we've been doing it so long," he says. "It'll be an experience unlike any other that I'll definitely remember."