Governor Walker Believes Immigration Bill is Misunderstood; Unsure if He would Sign It 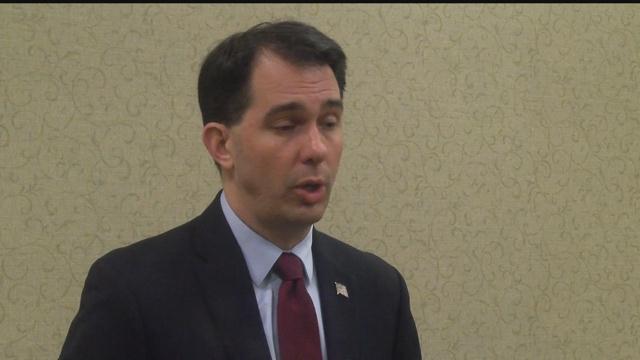 Governor Scott Walker is speaking out about one of the bills that prompted The day without Latinos rally at the state capital last week.

Gov. Walker was here in Milwaukee speaking this morning at the Wisconsin manufacturing conference taking place here at the Hyatt.

After the governor's speech he met with members of the media.

CBS 58 asked him for his reaction on last week’s rally. Tens of thousands of protesters many of whom are from the Latino community took over the state capital.

They were protesting two bills including senate bill 533.

That would ban local governments from issuing identification cards to immigrants.

It would have to be done on a state level.

Those who oppose the bill say that they're needed because immigrants the homeless and others, sometimes have a hard time getting a state ID.

Governor Walker said he thinks the bill is misunderstood.

"Reaction to that one is simply a reaction to a couple of local governments trying to issue IDs at the individual local level, as opposed to a state wide standard. I think most states, regardless if it's Wisconsin or anywhere else preferred to have a statewide standard in terms of a state wide ID that can be used for things like voting and things of that nature,” said Walker.

Governor Walker said he has not seen the bill on his desk yet. And when asked if he would sign it he said he still not sure.