Google confirms to CBS 58: "Wisconsin" is misspelled the most in Wisconsin 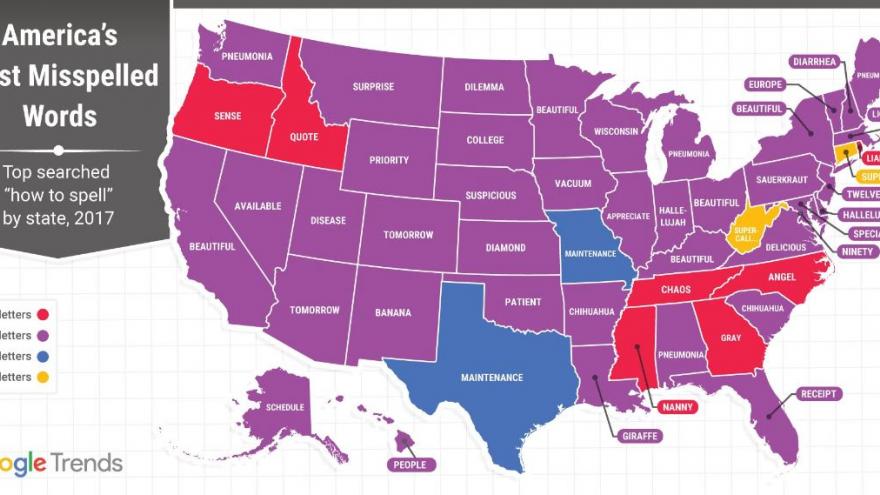 Google's list of most misspelled words by state has been trending for a few days now. Many of the comments have ridiculed the state of Wisconsin since according to the map, Wisconsin misspells its own state "Wisconsin" the most.

Some media entities disputed the claim and got their hands on a list from Google which actually said that "tomorrow" was the most misspelled word in Wisconsin.

CBS 58 reached out to Google for confirmation and they have personally confirmed to us that "Wisconsin" is indeed the most misspelled word in Wisconsin.

The full top ten list of misspelled words for Wisconsin is as follows:

The list is a little deceiving since it doesn't represent the word that is actually misspelled, but rather the word that is searched the most in each state when "how to spell" is also used so far in 2017.

Google created the list to coincide with the start of the Scripps National Spelling Bee.