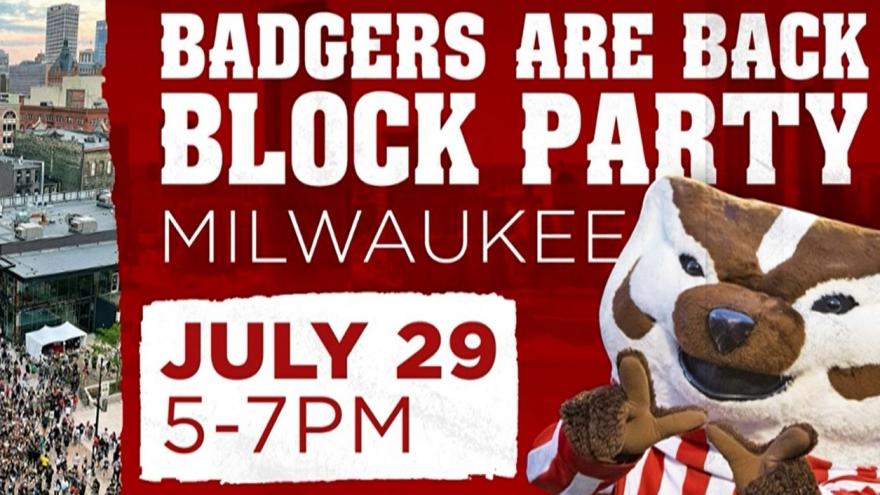 MILWAUKEE (CBS 58) -- Milwaukee's Deer District was overrun with Badger-backers Thursday, as UW Madison kicked off a new season for its sports teams.

Fans say they were happy to not only celebrate a new school year, but also happy to just gather -- something they couldn't do a year ago.

"Fantastic, we're season ticket holders, we're fired up to go back to Camp Randall this year and excited to see what's going to happen to the team in 2021," said Badgers fan Todd Hall.

Fall camp and the opening of Badgers football season are both on the horizon.

It won't be long until this celebration moves to the UW campus.

MILWAUKEE (CBS 58) -- The Wisconsin Badgers can't wait to reopen Camp Randall to the greatest college sports fans. So, they're starting the party early.

They're holding a block party on Thursday, July 29 in the Deer District.

Chris Mcintosh is the new director of athletics for UW Madison. He joined CBS 58 to talk about today's celebration and the collegiate sports season ahead.