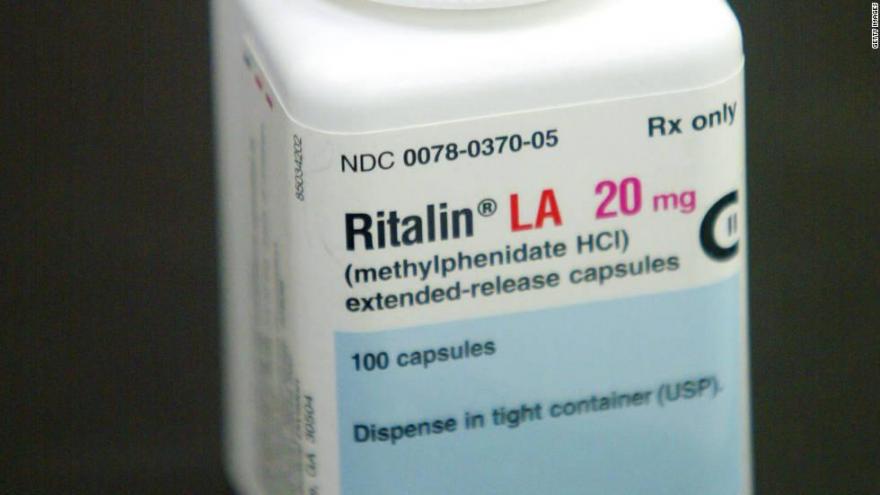 (CNN) A bill meant to curb the abuse of prescription opioids in Georgia has stirred outrage in the ADHD community because a provision requires adults and children on medications for attention deficit hyperactivity disorder to get new prescriptions every five days.

"It's clearly a cause for concern," said state Sen. Nan Orrock, an Atlanta Democrat who wants the provision struck from the bill. "The argument is pretty hard to debunk: that families coming in every five days for ADHD prescriptions is impossible. There's just a panic list of questions this creates."

News of the measure spread rapidly across social media on Tuesday after a post from a parent about the restrictions on medications for ADHD was shared on Facebook.

"What I understand is that, if this bill passes, prescribers will only be able to write 5-day prescriptions and will have to review their patients in a database every 90 days. That would require getting a new prescription weekly," said the post, which was widely shared.

In this era of rapid-fire "fake news" posts, it seemed almost absurd.

But it is true. "Every five, days the patient would have to come back in," said Orrock, a member of the Georgia Senate's Health and Human Services Committee, which held a hearing last week to receive input on the bill. "That's absolutely what would happen if that bill became law in its current form."

Across Georgia, doctors, state senators and advocates for people with ADHD began fielding a flood of phone calls. Their inboxes filled with questions about the bill, known as SB 81 (PDF), and worried parents sent messages over social media.

The bill is meant to curb the abuse of prescription opioid painkillers, such as OxyContin and Vicodin. It was drafted by Sen. Renee Unterman, a Republican committee chairwoman from the suburbs of Atlanta, in an effort to stop the state's growing opioid epidemic.

It would allow over-the-counter sales of an opioid blocker called naloxone, an emergency medicine that can save people from dying during an overdose. The bill also allows doctors to see whether a patient has recently received an opioid prescription, allowing them to determine that patients are going from doctor to doctor.

"What it does is prevent doctor-shopping. It prevents these legal drugs from becoming street drugs and sold at exorbitant prices," Unterman told The Telegraph newspaper in Macon, Georgia.

Unterman has not responded to CNN's request for comment.

The controversial provision of the bill deals with the limiting of doctors' ability to write prescriptions on controlled substances to only five days. The main medications to treat ADHD, such as Adderall, Ritalin and Vyvanse, are listed as Schedule II drugs, and the bill makes no exclusions for those with ADHD.

Although the loudest outcry came from the ADHD community, the bill would also apply to other vital medications, including some used to treat seizures, that are listed as controlled substances. Patients have been taking many of those medications for years, and there are already strict measures for getting refills.

The bill does make exceptions for medications "necessary for palliative care or to treat a patient's acute medical condition, chronic pain or pain associated with a cancer diagnosis." In those cases, the prescriber must "indicate that an alternative to such controlled substance was not appropriate to treat such medical condition."

Dr. Jennifer Shu, an Atlanta-area pediatrician, said the bill lumps ADHD medications "in with opioids, which are the main concern of the bill."

"I would hope that the legislators focus strictly on the narcotics and not on ADHD medications if they pass such a law," Shu wrote in an email.

Elaine Taylor-Klaus, who helps coach parents of children with ADHD and runs the counseling and education company ImpactADHD.com, had never heard of the provision until Tuesday, when the social media post made the rounds and she was hit with a deluge of people seeking guidance.

Taylor-Klaus advocates across the nation to educate people about ADHD, but even she was surprised by the provision. She credited the social media post with raising awareness and rallying the community.

She said she immediately called her legislators to find out the details of the bill and was assured that there is "some awareness of the problem" of the provision and that changes will probably be made.

"I hadn't heard about (the provision) because there's no organization specifically focused on ADHD that's advocating and lobbying on a local level," she said. "Unless there's somebody watching out very closely, this is one of those obscure pieces of legislation that could pass through quite easily without anybody realizing what the full implications are."

She noted the irony of the measure: The bill would require new prescriptions weekly, but people with ADHD struggle with organization skills.

Orrock, the Democrat seeking changes to the bill, said she's confident the measure will be revised. However, she hasn't seen a new bill yet. She said she hopes a revised version is presented Thursday, when the committee meets again.

"There's nothing close to look at yet," she said. "The work is still going on."

Efforts to get comment from several Republicans on the Health and Human Services Committee, including Vice Chairman Dean Burke and Bill Cowsert, were unsuccessful.

Tom Krause, Cowsert's chief of staff, said the state senator is closely "monitoring" the progress of the bill. He added that Unterman is working with two senators who are physicians and has said she "expects changes to the legislation."

"Sen. Cowsert said it would be premature to comment on SB 81 until after he sees the changes," Krause said.