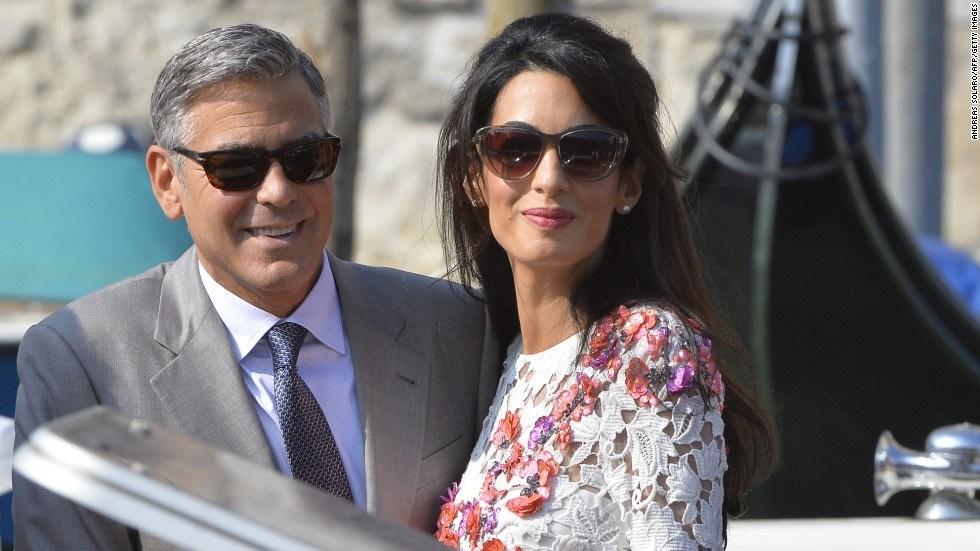 (CNN)UK-based publication Hello! magazine has apologized to George Clooney for using old material and quotes he never made and implying the result was an exclusive interview.

Hello! Group, which owns the magazine, said it purchased the piece from an agency it has worked with previously. But it has been established that the "exclusive interview" of the American actor had been "culled together from a series of interviews that took place over a period of time," a statement released Friday read. "Many of the quotes attributed to Mr. Clooney were never made by him."
Clooney said that the magazine published a fake interview and he was critical of other publications for using the material, according to a statement obtained by The Hollywood Reporter.
"Hello Magazine has printed an exclusive interview with me that has been widely picked up and reprinted. Outlets like Vanity Fair, Marie Claire, The Sun and The Evening Standard have all printed my exclusive interview and credited Hello Magazine," Clooney said.
Some of the fabricated quotes include Clooney telling Hello! that he and his wife Amal had a rule that they were never apart for more than a week, according to The Hollywood Reporter.
"The problem is that I have not given an interview to Hello Magazine and the quotes attributed to me are not accurate. In my experience, being misquoted is not unusual but to have an 'exclusive interview' completely fabricated is something new. And a very disturbing trend," the statement read.
Hello! Group said it purchased the material based on good faith from a trusted independent agent. "We are shocked and disappointed to discover that the representations that were made to the HELLO! Group at the time of purchase of the material were not, in fact, true," the company said.
The publication has issued an apology to Clooney and his wife for printing the story.
Share this article: