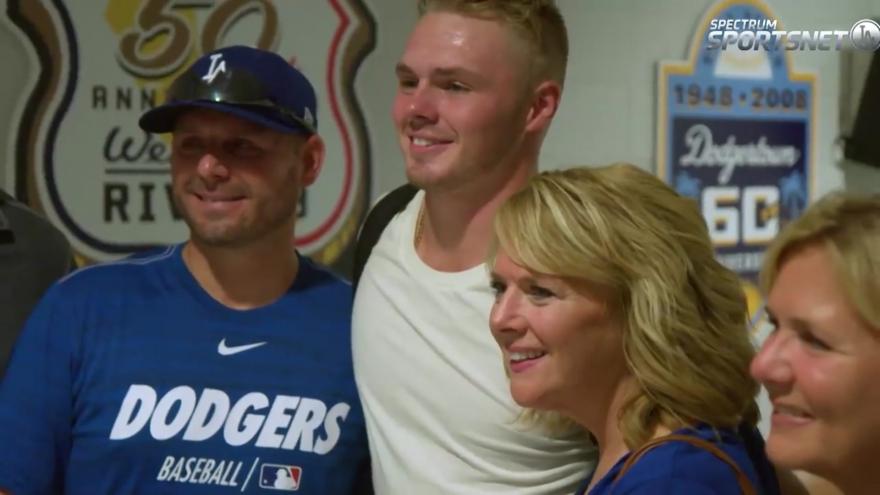 KENOSHA, Wis. (CBS 58) – They call him the “Kid from Kenosha,” and 21-year-old Gavin Lux is making a big impression in his first season with the Los Angeles Dodgers.

Since Lux is playing near Hollywood, the cameras are everywhere.

A show called “Backstage Dodgers” followed Lux around on his first night as a major leaguer in September. You see him entering the stadium, meeting his manager and new teammates. Then, as his family and his coach watch from the stands, you see Lux get a base hit in his first big league at bat.

“It’s one of those moments I’ll never forget. I don’t even know how to put that in words. And I’m never at a loss for words,” Lux said.

Watch the entire piece on the “Kid from Kenosha” below: