Funeral and visitation services to be held Friday for Dontre Hamilton 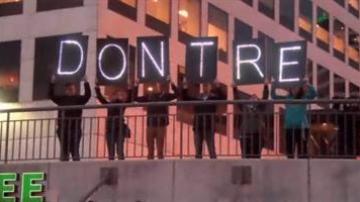 MILWAUKEE -- After more than a week of pain and grief, family and loved ones will say their goodbyes to Dontre Hamilton, a homeless man shot and killed by Milwaukee police in Red Arrow Park.

Hamilton's family says he struggled with schizophrenia and paranoia, but there are still unanswered questions about his encounter with police that led to his death April 30.

The family has retained legal counsel and hopes to gain more information.

The big question for the family surrounds the number of shots fired by police. By many witness accounts, between 6 and 10 shots were fired by one officer.

A Starbucks barista gave a written account of the incident, saying Hamilton was sleeping in the park and had been addressed by police twice that day after a co-worker called because workers felt \"uncomfortable\" with Hamilton's presence.

Both times police left, saying Hamilton was doing nothing illegal, and that they should stop calling police to have him removed.

A third call was made around 3:30 p.m. and a different officer arrived. The barista said she heard yelling and saw Hamilton standing with the officer's wooden baton.

Milwaukee police say Hamilton hit the officer in the head with the baton, and the officer fired in self-defense.

The state Department of Justice is investigating, as part of a new law that requires an outside investigation into officer-involved deaths.

\"It's just so confusing,\" Nathaniel said. \"We want answers. We want to find the truth out.\"

Visitation is at 10 a.m. and the funeral will follow at noon.