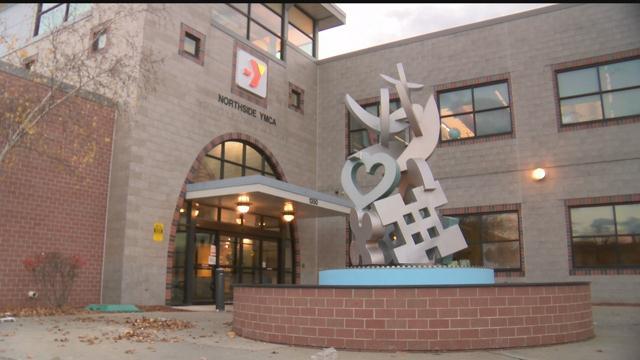 On a cold Thursday night, Shelby Johnson picks up her sons Lucas and Avery from the Northside YMCA.

Lucas, almost two years old, hides behind his mother's coat, but his shyness is fading.

"He was a very talkative one year old, but it was mainly at lot of gibberish," Johnson said. "Now he's putting together full sentences, identifying shapes and colors."

She said it's all because of the YMCA's early childhood education program. Lucas and his baby brother Avery have been going there since August. It's a place that mixes play with learning.

"These kids one day, they're going to be our doctors, our lawyers, our presidents, things like that, so they need a good foundation," she said.

But that foundation could be broken.

"I think it's fair to say that depending on the gap, everything's on the table," said Julie Tolan, President & CEO of the YMCA of Metropolitan Milwaukee.

The Milwaukee YMCA needs $3.8 million to maintain its programs and services. But with six weeks until the December 31 deadline, the organization is short $2.3 million.

"The fact that we have exited bankruptcy, people don't necessarily understand our need," Tolan said. "A lot of people think that solved all of our problems, but in fact, it was our first step."

Tolan said the redesigned YMCA focuses on families in need and healthy programs, like low-cost swim lessons and summer day camps. They make up more than half of revenue, while fitness memberships account for 29 percent.

"What we control is working," said Tolan.

The other roughly 30 percent comes from community gifts, which just aren't adding up, and the 35,000 people who need the YMCA are at risk of losing the most.

The YMCA will review where things stand in early January and then determine if cuts or changes need to be made. Regardless of what happens, Tolan said the Milwaukee YMCA is here to stay.