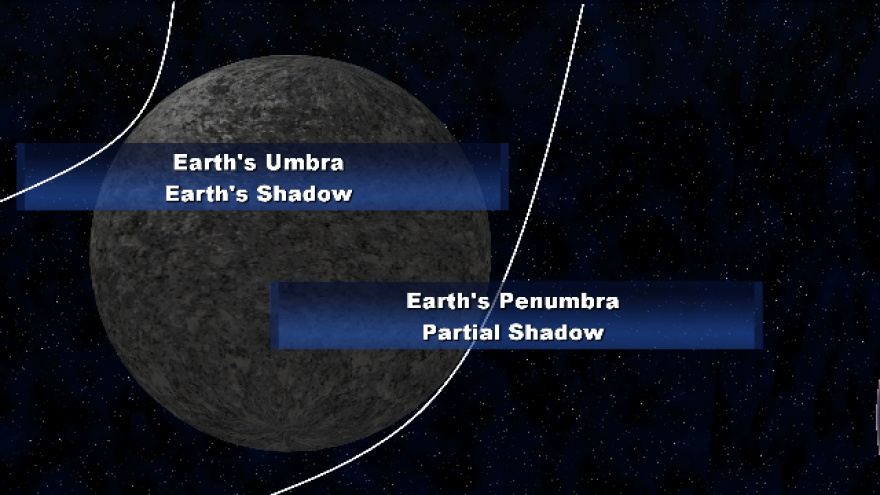 Sky gazers will have a treat as the weekend gets started! A Full Moon is set to occur along with a Penumbral Lunar Eclipse. This full moon is known as the "Snow" moon because it occurs around the snowiest time in the U.S. or also by Natives as the "Hunger" moon since this time of season is cold and can be difficult to find food. The moon is set to rise in the eastern sky at 5:12pm 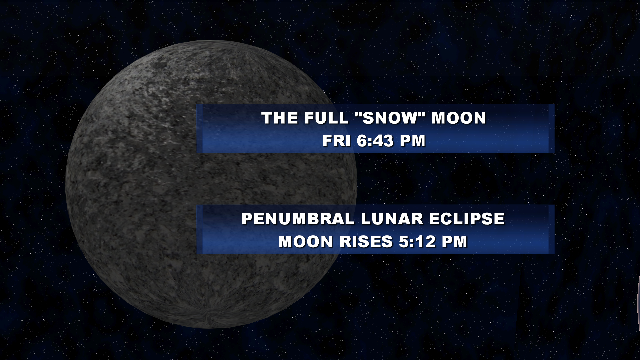 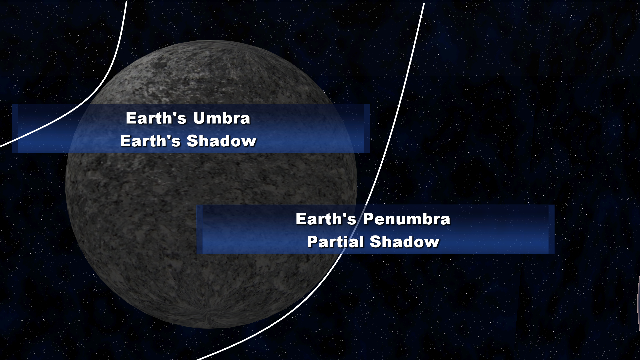 That said, you can head out to the lake if you want a nice unobstructed view of the sky. Looking to the east and low in the sky you should see the moon rise just after 5pm and when the official "full moon" status occurs at 6:43pm, you will likely notice at least some darkening on a slice of the moon that transitions across it. The forecast does include some clouds, but probably enough clearing to check it out. About 35% of all eclipses are of the penumbral type.

The next lunar eclipse will be a "total" eclipse and it's set to happen January of 2018.