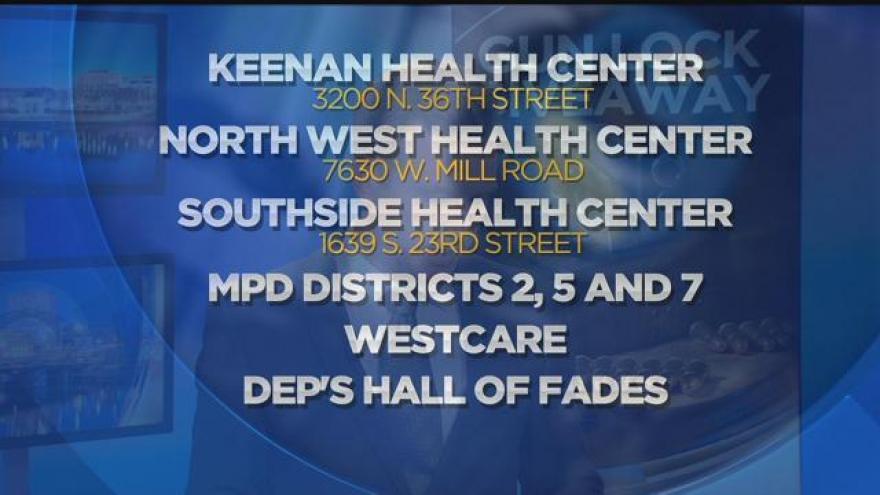 Milwaukee is giving away gun locks, as it takes aim at the number of children either shot to death or pulling the trigger.

"Children should not have access to loaded guns," said Milwaukee Mayor Tom Barrett.

"We would hope they're going to be people who live in the neighborhoods, because these are the neighborhoods where we see a lot of intentional and unintentional violence. but when someone comes in, we're not asking for identification," Mayor Barrett said.

The locks were given by the U.S. District Attorney's Office and Project ChildSafe.