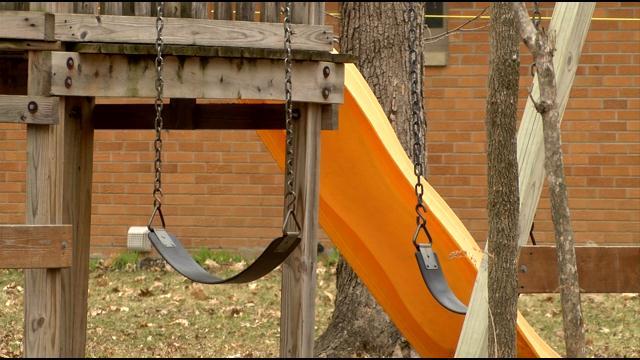 FRANKLIN-- Signs of children in this neighborhood near South 42nd and West Maplecrest Drive in Franklin.

\"I think of all my younger family members, my cousins, even the kids I babysat and have taken care of,\" said Erika Whitehouse, a concerned resident.

A patrol car sits at the end of the street.

\"You don't want to hear about that stuff,\" said Whitehouse.

Franklin Police say they received a call Monday about a strange man in a red van signaling at least three children to come to his vehicle.

Police say the vehicle was seen in the area over the last two weeks.

\"If you have those kind of people in your neighborhood, you don't feel safe in that neighborhood,\" said Summeya Ansari, who has a 9-year old son.

\"We noticed he was kind of looking at the kids and watching kids, so we got kind of suspicious,\" said Wendy Beierle, a witness.

Beierle still remembers seeing a suspicious blue van in front of her home on April 1.

\"We usually don't have a problem in this neighborhood,\" said Beierle.

After the recent alerts, many parents, like Ansari, are reminding their children to be extra careful.

\"I'll definitely let him know that it's going on and think it's a time to make him aware of what it going on around him,\"

Many residents worry these strangers don't have the best intentions.

\"These people have something that's going on in their heads and I think they need to be looked at,\" said Whitehouse.

Police say the man spotted on April 6 was driving a red, newer model, Dodge van.  He was around his 60's, clean shaven, and wore a baseball cap.  If you know anything, call Franklin Police