France plane crash: What could have led to the pilot getting locked out? 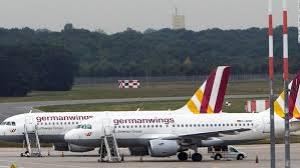 Why would a pilot get locked out of the cockpit, unable to get inside as the plane descended and crashed into the French Alps?

That's the latest mystery stemming from the crash of Germanwings Flight 9525. Audio from the plane's cockpit voice recorder reveals one of the pilots trying to smash down the cockpit door in the minutes before impact, The New York Times reported, citing an official involved in the probe.

And that opens up more theories as to what caused the crash, which almost certainly killed all 150 people on board.

It's unclear which of two pilots may have left the cockpit, and why. Perhaps he needed to use the restroom. Perhaps he wanted a beverage. Perhaps he went to chat with passengers.

Regardless, when he tried to come back, the other pilot didn't let him into the cockpit, the official told the Times.

Did the pilot in the cockpit suffer a medical emergency?

Why it's possible: If the pilot in the cockpit slumped forward, he could have knocked over a control stick that would begin the plane's gradual descent, CNN aviation correspondent Richard Quest said.

Why it might be unlikely: The pilot would have had to hit the control stick, called a sidestick, in a precise manner. \"Many people have questioned that, and said that's not likely because you'd have to knock it directly forward -- not to the side,\" Quest said.

Then there's speculation that one of the pilots wanted to crash the plane.

\"It's not unheard of that pilots occasionally do irrational things,\" CNN aviation analyst Peter Goelz said.

Investigators \"will check and see if they had any financial difficulties, any psychological challenges that had revealed themselves prior to the accident,\" he said. They're going to look at every option.\"

Why it's possible: No one from the plane made a distress call, even though the plane dropped from 38,000 feet to 6,000 feet over a span of eight minutes.

\"If it's a nefarious option, then it really is a case of whoever's inside pushes it (the side stick) forward or turns the autopilot into a gradual descent and just sits back,\" Quest said.

Why it might be unlikely: Earlier in the flight, the pilots were talking in a \"very smooth, very cool\" conversation, the official told the Times.

And authorities have given no indication that either of the pilots wanted to harm themselves.

Why it's possible: While there's no evidence that the crash was terrorism-related, authorities said they can't discount the notion yet.

And not all of the details from the cockpit voice recorder have been released.

Why it might be unlikely: French government officials have said terrorism is not likely, and the White House said they didn't see any connection to terrorism. And that can be telling.

Since 9/11, intelligence services have \"worked hard to develop the communication systems around the world on terrorists, the chatter that's picked up, and also to be very quick to share that among agencies so they can pick up anything,\" said Mary Schiavo, former inspector general of the U.S. Department of Transportation.

\"And so what that is telling us is they don't have chatter from their intelligence sources that an attack was coming on that airline.\"