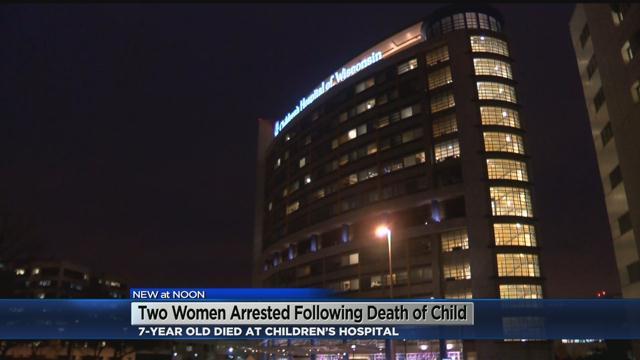 Milwaukee Police say they are investigating a homicide involving a child.

According to the Medical Examiner, the 7-year-old from Milwaukee's south side died at Children's Hospital.

Police first learned about the boy suffering from numerous injuries when someone brought him to the hospital around 11:20 a.m. on Tuesday.

The child was pronounced dead at Children's Hospital a few hours after arriving.

Police were dispatched to 925 S 19th Street around 3 p.m. that day for a follow up call. Neighbors spoke to CBS 58's Lindsay Branwall about hearing police kick an apartment door down.

"I heard the door when they were trying to get in they was banging on the door. Bang, bang, bang. Nobody open and you heard a big giant bang they busted in," said Victor Diez.

Diez says police also asked the tenants in the building if they had ever heard crying children or abuse going on.

According to Diez, the 7-year-old boy was living his his brother and mother in an apartment. They say a man rented the apartment for years, and recently his girlfriend and a woman and her two kids moved in, and that all three of those adults have been arrested after the boy's death.

According to police, a 44-year-old woman and 47-year-old woman have been arrested in connection with the boy's injuries and death. Preliminary charges are physical abuse of a child.

Two adult males were also later taken into custody for failing to act to prevent bodily harm, meaning they didn't do anything to stop the abuse.

An autopsy has been completed, but police put a non-disclosure order on the report until the investigation is complete. Charges will be referred to the district attorney's office in the coming days.

It is ultimately up to the district attorney to decide on specific charges.