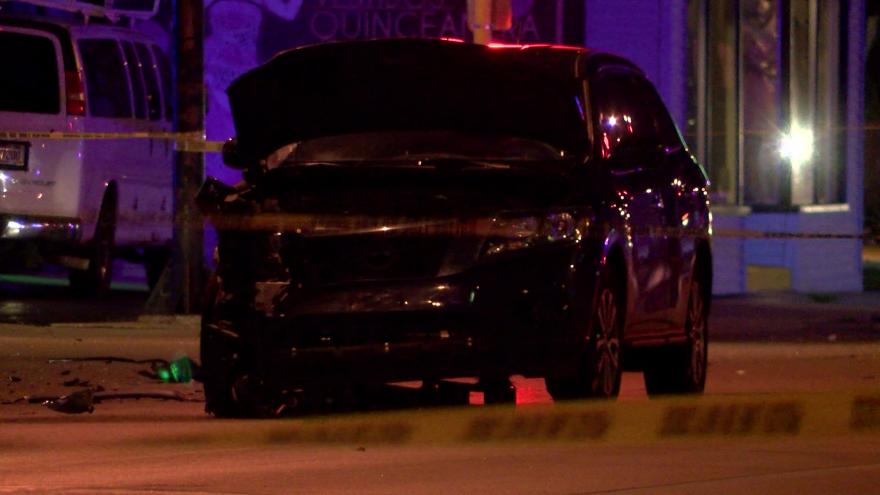 KENOSHA, Wis. (CBS 58) -- One person is dead and three others hurt after a three-car crash in Kenosha.

Kenosha Police say an SUV and a passenger car collided at the intersection of 52nd Street and 22nd Avenue around 9:00 Wednesday night. A third car was also hit as a result of the initial crash.

KENOSHA, Wis. (CBS 58) – Four people are hurt in a serious crash in Kenosha.

It happened Wednesday night at 52nd Street and 22nd Avenue.

Police say one of the injured had to be airlifted to the hospital. Their current conditions are unknown.