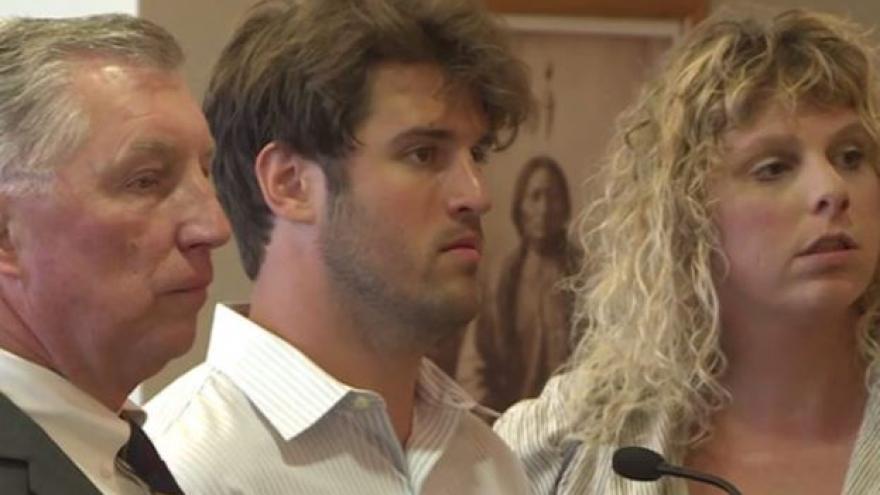 MADISON, Wis. (AP) — A judge has sentenced a former University of Wisconsin-Madison student who pleaded guilty to sexually assaulting three female students and choking or stalking two others to three years behind bars.

Ehlke said he had to give Cook credit for having no criminal record, no bail violations and sparing the victims a trial.

Cook was initially charged with more than 20 crimes nearly a dozen women, including misdemeanor disorderly conduct and felony sexual assault for incidents between September 2014 and October 2016.

Cook was expelled from UW-Madison in June 2017.

Wisconsin Attorney General Brad Schimel issued a statement saying he is disappointed with the sentence and thought it should be longer.

“The Wisconsin Department of Justice is disappointed that Alec Cook did not receive the much longer sentence the prosecution team recommended, and we still believe that is what Alec Cook deserves. I am proud of the Madison Police Department and UW-Madison Police Department investigators, Dane County District Attorney’s victim services, and prosecutors from the Dane County DA’s Office and Wisconsin DOJ for their hard work and commitment to justice for these survivors. While those survivors wish that a longer prison sentence had been imposed, they stood strong. At DOJ, we hope that the fact that Alec Cook stands convicted as a felony sex offender and is on his way to prison will give survivors faith that there are people in the criminal justice system who stand ready to fight for justice for them.”