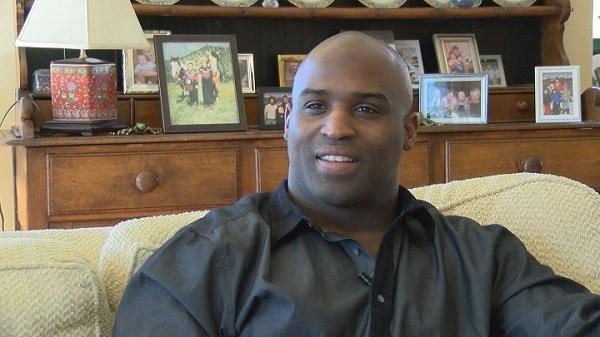 He won a Heisman Trophy at the University of Texas. He was drafted 5th overall in the NFL draft. He played for more than a decade with three teams. Ricky Williams had it all.. or did he?

\"I just thought, there's got to be something different,\" Williams said Tuesday in Milwaukee. He was in town working with a friend to lead an event about Access Consciousness. It's a method of thinking and working to empower people to create a life they desire. Williams considers himself a trailblazer in some ways. He abruptly retired from the NFL at the top of his game. The decision drew criticism from every angle.

\"It was my life,\" Williams explained. \"I said what about the fame, the cars, I had a great season. And what I realized is I didn't care about those things.\"

He had just completed four straight seasons with more than 1,000 yards rushing. But, he wasn't happy. He left the Miami Dolphins and left the country.

\"For me I felt like I'm on the planet to enjoy my life,\" Williams said. \"I felt like at that time, football, with football I wasn't enjoying my life. It was too much of my life.\"

Williams was suspended multiple times during his career for failed drug tests. He also struggled with anxiety and depression. The story sounds similar to former Milwaukee Bucks center Larry Sanders. He retired from the NBA this year. Sanders said he entered a mood disorders program at a hospital for anxiety and depression. He also explained his marijuana use that got him suspended from several games.

\"Cannabis came later on in my life,\" Sanders said in an online video posted in February. \"For me, used medically for some symptoms I was having due to a lot of stress and pressure I was under given my work.\"

Williams says it can be really hard to walk away, but it helped him. He ended up coming back.

\"For me, when I realized I had choice, I eventually chose to come back to play football,\" Williams said. \"I think once people get out of the heaviness and the judgment and what they're supposed to do and they get more of a sense of who they are. Chances are they may come back.\"