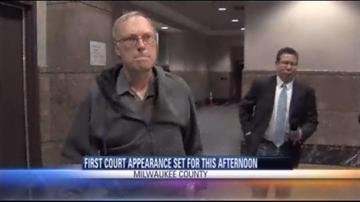 MILWAUKEE -- A former Milwaukee County worker is charged with accepting bribes and misconduct in office, accused of using his position to steer millions of dollars in county business contracts to one particular contractor.

COurt records say Dennis Dietscher worked as a safety coordinator for the county, and was later reassigned as interim risk manager, awarding restoration contracts. Dietscher is accused of using his position to direct more than $10 million in county business to Belfor Property Restoration Group between 2009 and 2012.

In exchange, prosecutors say Dietscher received thousands of dollars from Belfor Property Group, and also had work done on his personal property.

Court records say Dietscher lied about the gifts on a tax form while under oath.

He was arrested in February and denied any wrongdoing when CBS 58 cameras caught up with him after his release. He was charged August 18 with six felony counts including misconduct in office, accepting bribes as a public official, and false swearing in a government setting.

Dietscher faces more than 20 years in prison and up to $60,000 in fines if convicted.

He makes his initial appearance in front of a Milwaukee County judge August 19.