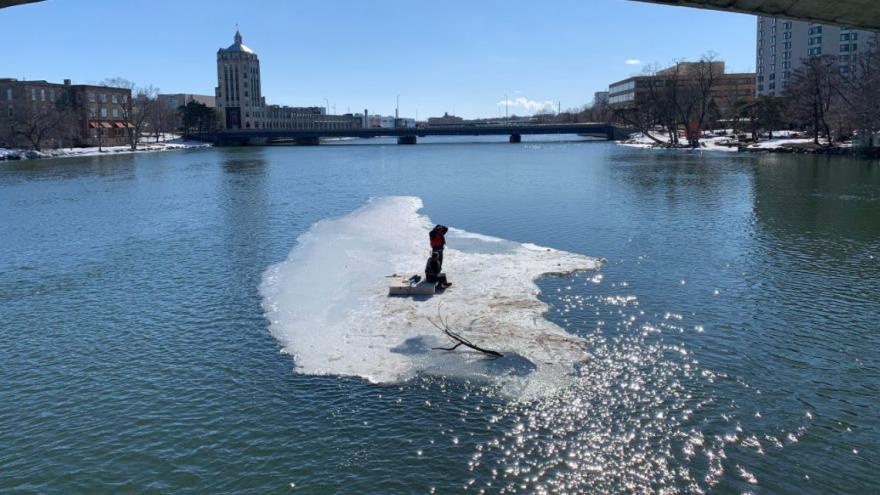 ROCKFORD, Ill. (CBS 58) -- Two men ice fishing on the Rock River needed rescuing after the ice they were sitting on broke off and floated away into the middle of the river.

According to a report from WIFR, the Rockford Fire Department responded to the scene near the Jefferson Street Bridge Monday afternoon, March 1.

.@RockfordFire is on scene of a water rescue on the Rock River near Jefferson Street Bridge. pic.twitter.com/sI9gX1Bl7Y

Images from the rescue, courtesy of Pam Munger, show the two men appeared to be sitting on a mattress when the incident happened.

Officials at the scene told WIFR the current was moving so slow, it was easy to get the men off the ice patch and back to land.