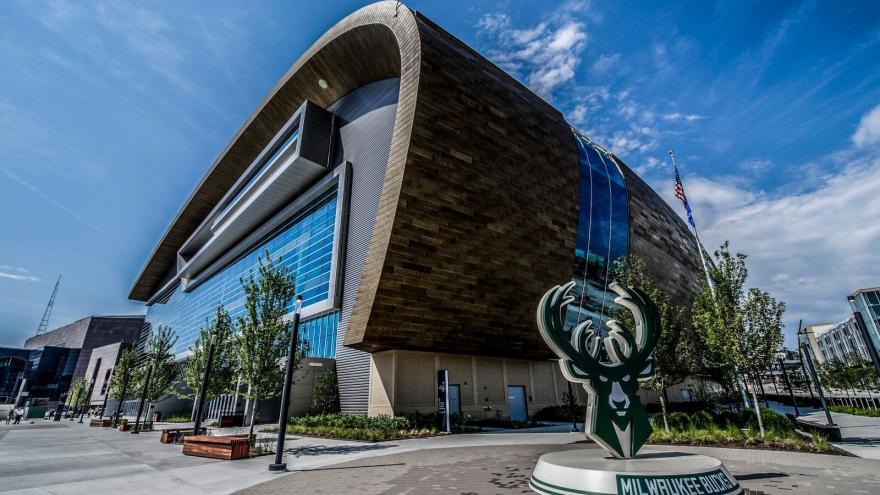 Fiserv Forum was built with windows that deter bird collisions.

Officials call it a significant victory for bird conservation because up to 1 billion birds die annually after colliding with glass in the United States. Scientists estimate that this staggering total likely accounts for 5 to 10 percent of the birds in the United States and contributes to ongoing declines in bird populations across North America.

“The Milwaukee Bucks’ bold decision to build the world’s first bird-friendly arena speaks volumes about the ownerships’ character, concern for the environment, and desire to be a part of a green community,” said Bird City Wisconsin’s former director Bryan Lenz, who recently joined the staff of American Bird Conservancy (ABC) as its Collisions Campaign Manager. “The Bucks stepped up for birds in a way that no sports franchise ever has. Hopefully the team’s message, that designing with birds in mind is an achievable goal, will set Fiserv Forum up as a model for arenas, stadiums and all other buildings for years to come.”

“Bird City Wisconsin came to us three years ago to educate us on migration and best practices,” said Milwaukee Bucks President Peter Feigin. “We were able to integrate many of their suggestions in the design phase of the project.”

Buildings that achieve the Bird Collision Deterrence credit address the primary reasons that birds collide with buildings: reflective and see-through glass and lighting that disorients birds during their nocturnal spring and fall migrations. Wisconsin Humane Society will also work with the Bucks to monitor Fiserv Forum for collisions, following a plan designed in partnership with Bird City Wisconsin and ABC.