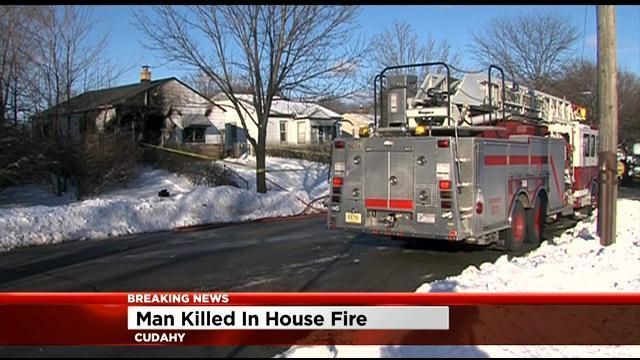 Fire officials responded to a deadly fire near Kirkwood and Mallory Thursday afternoon.

One of the residence of the home was shoveling snow when he noticed smoke and called 911.

The victim was found in the front room and officials say it does not appear that he was trying to get out.

Fire crews from Cudahy, Oak Cree and Greenfield were on scene. It took 20 minutes to put out the fire.

Though firefighters believe the fir is accidental, it is being looked at by an arson team and investigation unit.