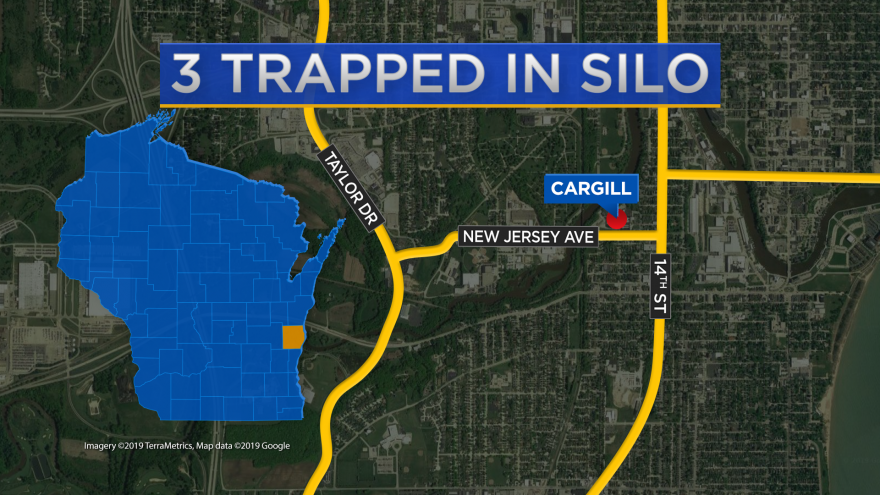 The Fire Department was called to the Cargill plant to rescue a man trapped up to his neck in a grain silo.

After one worker slipped in while unloading materials from the silo, two other employees went in to help and also became stuck.

Two of the individuals were freed within the first hour of the rescue, and examined and released at the scene.

The third patient was taken to a local hospital for examination, with non life-threatening injuries.