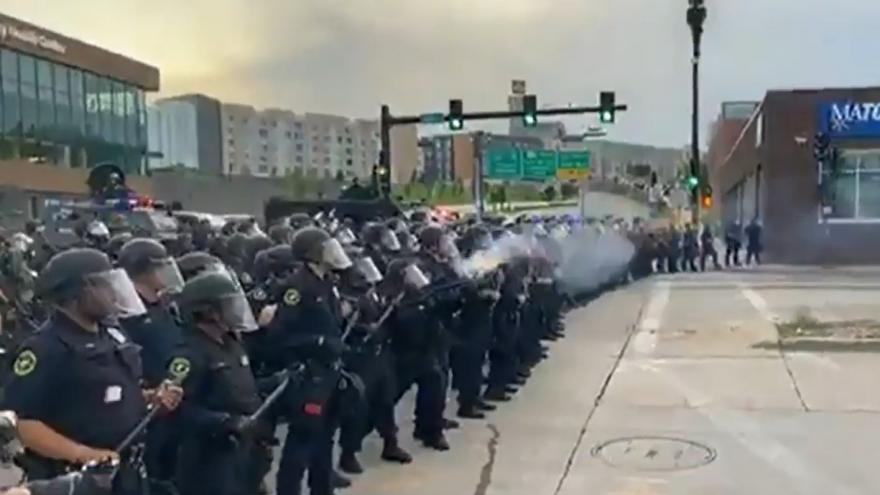 MILWAUKEE (CBS 58) -- The Milwaukee Fire and Police Commission questioned leadership from the Milwaukee Police Department Thursday, June 11, about its response to protests and civil unrest.

There was also discussion about how the department had been handling the coronavirus.

During that discussion, Commissioner Everett Cocroft asked why the department was using tear gas during a pandemic and said there has to be another way to disperse crowds.

"This is just unacceptable," he said, "Maybe you can't change what happened, but we can prevent it from happening again."

In response, Assistant Chief Michael Brunson defended using it in certain situations, like during the night of Friday, May 29, when an officer was shot.

"Friday night, the first night of civil unrest, we had an officer shot, had an officer who was hit in the head with a brick who had a concussion, had a crowd of people in front of District 5 that were trying to attack the District, throwing debris, bottles," he said.

Brunson said the shot spotter was also up 300 percent from that time last year.

Brunson said tear gas is generally used as the last type of less lethal force they utilize. He said most of the chemical irritants they've used have been smoke.

He said the department will be going through all of the video and a use of force expert will be looking at their use of force incidents that occurred.

Commissioner Cocroft said he would like to see that footage as well.

Chief Morales was also questioned about an incident at 6th and McKinley, where police originally said a Molotov cocktail was thrown at them, and then later said 'objects' were thrown at officers.

"Was there any evidence collected from 6th and McKinley?" Commissioner Raymond Robakowski asked.

"There's one that we showed, we actually showed that on the news, where it appears to be some type of electrical thing, that was recovered and placed on evidence. That's, we don't know what the heck that was. We don't know what the intent was, if initially it was meant to explode, or whatever, but we do have that one recovered and placed on evidence."

Chief Morales said since June 3, the department has not used any smoke, gas or any type of rubber bullets.