Fights erupt outside courtroom in Milwaukee 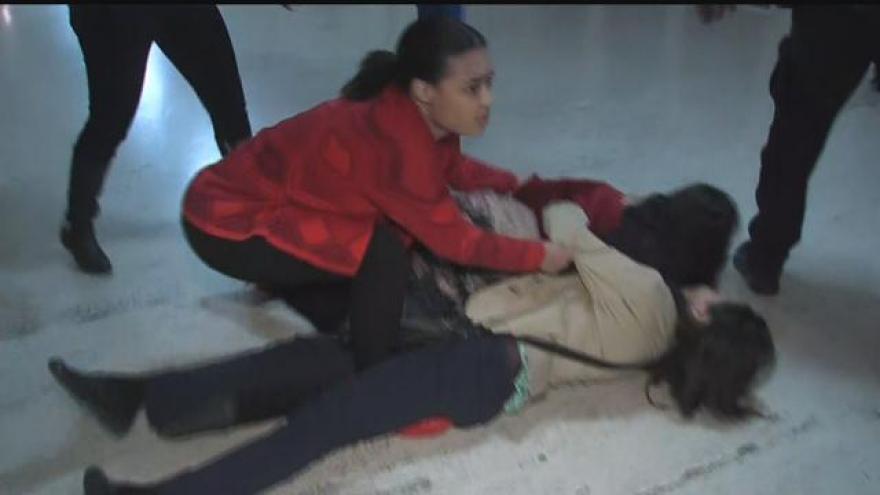 A story you'll only see on CBS 58. Chaos erupted outside of a Milwaukee courtroom Wednesday morning.

Fights broke out after the emotional sentencing of a woman convicted of placing a baby in scalding hot water.

People on both sides of this case went after each other shoving, hitting and yelling at one another.

The fight started after the judge sentenced Kelly Walton for burning a baby she was taking care of. The baby's grandma and mom ended up on the ground.

Milwaukee County deputies and police had to step in and four people were taken into custody.

According to the Milwaukee County Sheriff's Office, a woman identified as 19-year-old Taylor Morehouse who is associated with Walton approached three women identified as 27-year-old Shontal Williams, 47-year-old Rosalind Williams and the child's mother and began yelling at them regarding the case.

Morehouse then ran up to Shontal Williams and punched her in the head. All four women began engaging in disorderly behavior and the altercation turned physical.

Several Sheriff's deputies responded along with some MPD officers who were in the area for other cases. The subjects were quickly separated.

Kelly Walton, 22, on November 2016 said the baby had a bad reaction to soap but then admitted to putting the baby in the tub without checking the temperature. The burns covered half of the baby's body. Walton was sentenced to seven years in jail with four years probation, which was less than what the baby's family wanted.

\"I think it was purposely done, I don’t know why she chose to throw a little 5-month-old baby, but I’ll stand with the seven years, but she should’ve gotten the whole 15,\" said Rosalind Baker the baby’s great grandmother.

Walton pled guilty to Child Abuse-Recklessly Cause Great Harm. The baby was five and a half months at the time of the incident. Wednesday morning he was in the courtroom and had visible scars.