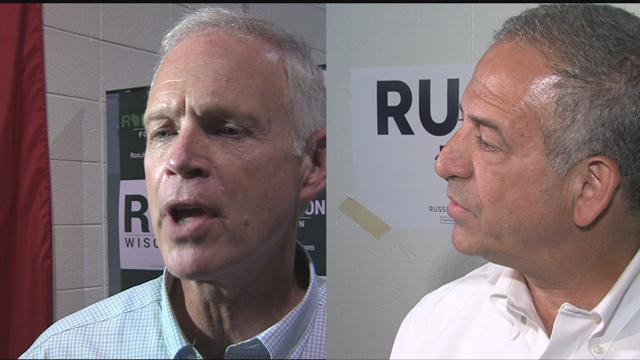 He has toured all of Wisconsin's 72 counties as part of his attempt to win back the senate seat he lost six years ago.

"We're gonna make sure that Hillary Clinton and Tim Kaine have a senate that they can actually work with. The only way that can happen is making sure the democrats pick up four seats that means winning right here...you gotta make me a senator again,” said Feingold.

The last poll from Marquette shows this senate race is neck and neck.

Both campaigns have flooded the airwaves with ads but it is the ground game and getting folks to the polls that political observers say will be key in an election this close.

He has been touring the state.