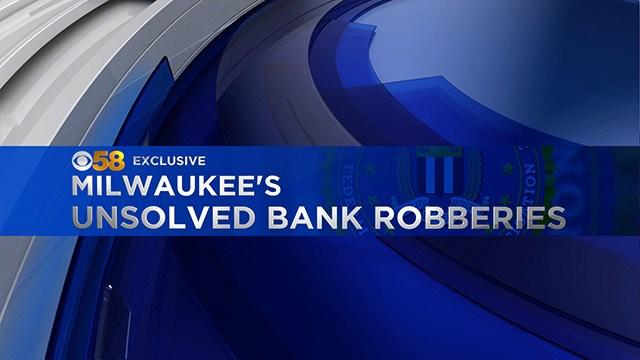 In 2014, Wisconsin recorded 141 bank robberies and 66 of those were in the city of Milwaukee.

According to the FBI, that's most in at least seven years and it puts Wisconsin fifth in the nation.

However, the FBI's Milwaukee office, which encompasses all of Wisconsin, is tops in the country at solving bank robbery cases.

Supervisory Special Agent Robert Botsch said they solved seventy-six percent of the robberies in Wisconsin and eighty percent in the city.

Of all the robberies profiled on CBS 58 in \"Unsolved Bank Robberies\" series, the FBI said that fifty percent of them were solved.