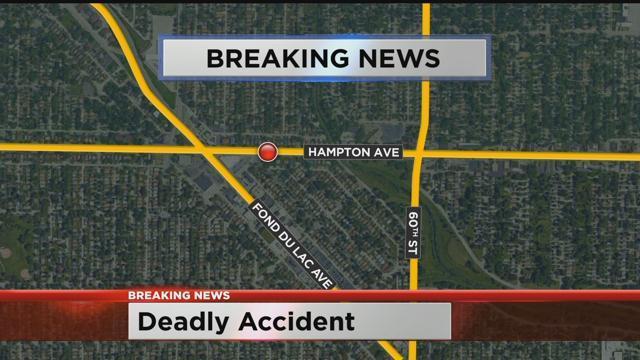 A fatal bicycle accident occurred in the 6500 block of West Hampton Avenue at 8:37 PM on Friday night.

According to Milwaukee Police, the adult male victim was on a bicycle west bound on Hampton.

He moved into traffic to get around a parked car when he was struck from behind by a west bound 1998 Chevy 1500 pick-up truck.

The victim died on scene despite the life saving efforts of officers and firefighters.

The driver of the truck, a 47 year old male from Milwaukee remained on scene and is cooperating with the investigators on scene.