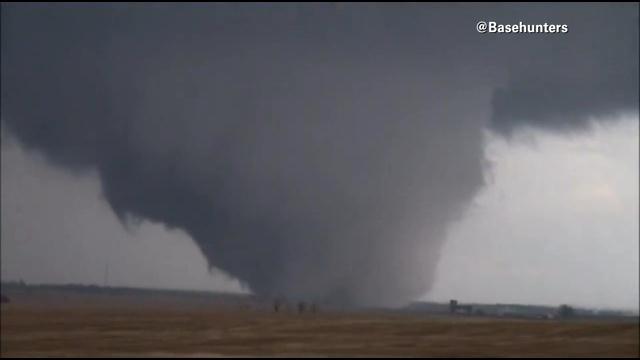 Jim Morrison made an incredible discovery early Tuesday morning walking around the industrial plant where he works in Caledonia. A cute photo of a person with a pet rabbit. Morrison thinks the northern Illinois tornado from last week picked it up and dropped it here more than a hundred miles away.

I spoke with a meteorologist at the National Weather Service and was told something like this is more common than you might think.  Updrafts from a strong tornado or even steering winds thousands of feet above us can transport lighter objects, in some cases, from one state to another.

Newspaper editor Bridget Thoreson with the Journal Times of Racine is spearheading a project to pair up lost mementos with their rightful owners through the power of print and social media.

So far, only a few photos from a wedding have been identified.

Those we spoke with, including the editor, don't think of themselves as heroes of any cause.  Instead they just want to bring some normalcy back into the lives of those who went through crazy chaos last Thursday.

If you believe you found such an item, email a photo to [email protected] or share it on this particular Facebook page...www.facebook.com/JournalTimes.  Please make sure to include contact information so it can be forwarded to anyone who has information about possible ownership.