Family Heartbroken After Missing Dog Adopted by Another Family 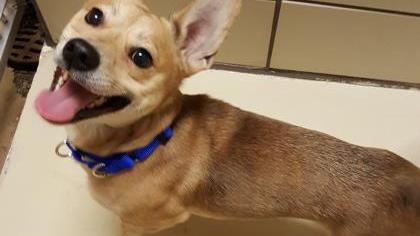 CBS 58—A Racine woman is heartbroken that her dog went missing while she was away, and was adopted by another family.

Kathy Maldonado got her dog Sparky, a German Shepard-Chihuahua mix, as a gift from her son about two years ago. But while Kathy was visiting family in Mexico for the winter, Sparky went missing. Her son, who was watching the dog, didn’t know what to do.

When she got home, Maldonado went straight to the Wisconsin Humane Society in Racine. Only to find out another family adopted Sparky.

“I was just heartbroken, I mean I know he’s a dog and I have my grandchildren but he was my best friend,” Maldonado said.

The Humane Society spokeswoman, Angela Speed, said they do try to find owners, but Sparky didn’t have a microchip or tags.

“This is a pretty tough situation,” Speed said.

And Stray animals are put up for adoption on their 6th day in the shelter.

“His owner contacted us 24 days after he was originally lost, but he had been adopted from the Humane society his 9th day at the shelter in to a new loving home,” Speed said.

Speed says they did reach out to the adoptive family, but they said they were too attached to the dog.

“We do not own him so we can’t unfortunately return him to Kathy,” Speed said. “But we do feel terribly for her.”

Maldonado said she is devastated and still holds out hope the family will change their mind.

“I would tell them they’re taking a family pet away from somebody that really knows sparky and loves him,” Maldonado said.

Speed said this is an extremely unusual case, and it’s a reminder that all dogs should have tags and microchips. And, she adds, if you go on vacation, make sure whoever is watching your pet knows what to do if they go missing.