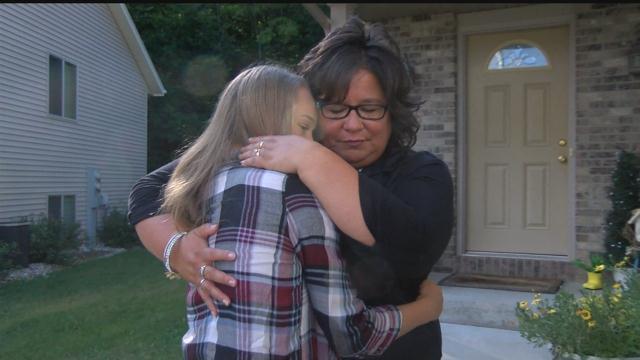 An X-box fight gone wrong leads to a disturbing claim. A teenage boy calls Slinger police to his friends home last week, saying a son had shot his father.
After hours of investigating authorities realized it was a hoax, but not before setting up tactical teams outside a home.

CBS 58 talked exclusively with the homeowner.

She says at least ten officers had guns pointed at them.

A  huge surprise to Kirst and her mentee Erica, who were just walking outside to look at flowers.
\"We're both barefoot walking toward a machine gun and pistol pointed at us,\" said Kirst.

Simply following protocol, but at the wrong address.
\"At this point they've got a gun pointed at my head saying what happened, where were you today?\" said Kirst.

Eventually officers realized their mistake and Erica says they were gone as quickly as they came, taking the ladies sense of security with them.
\"Feelings just don't turn off like that and I was still just as bad as I was before and honestly even a little worse because at that point in time I had no idea what was going on and I thought maybe there is a shooter and we're not in protection,\" said Erica.

Slinger police say they have to take all threats seriously.
And while Kirst  agrees, it doesn't change the way she feels.

Kirst says even places that used to be a sanctuary to her, like her garden, are now places she lives in fear.
\"All I envision now is these cops rolling in the woods with machine guns,\" said Kirst.

Fourteen year old Erica hopes one day, she will be ok again.
\"I look around and I see them everywhere. I see them with guns pointed at my head. I see my own mom and dad switch from them to somebody else and see them holding a gun,\" said Erica.

Like Kirst, clinging to the faith that time will heal all wounds.
\"Even though they're getting punished, I'm getting punished too because I have to live with this. I see it everywhere and I still feel it,\" said Erica.