MILWAUKEE (CBS 58) – People in Wisconsin head to the polls in less than a week and it appears to be a toss-up in the race for governor.

Not only were Scott Walker and Tony Evers tied at 47%, but Marquette polled more than 1,100 people and the exact same amount of respondents picked each candidate. Poll Director Charles Franklin says It's now about getting out the vote.

After several close polls between Scott Walker and Tony Evers, the last one ended up as close as it gets. 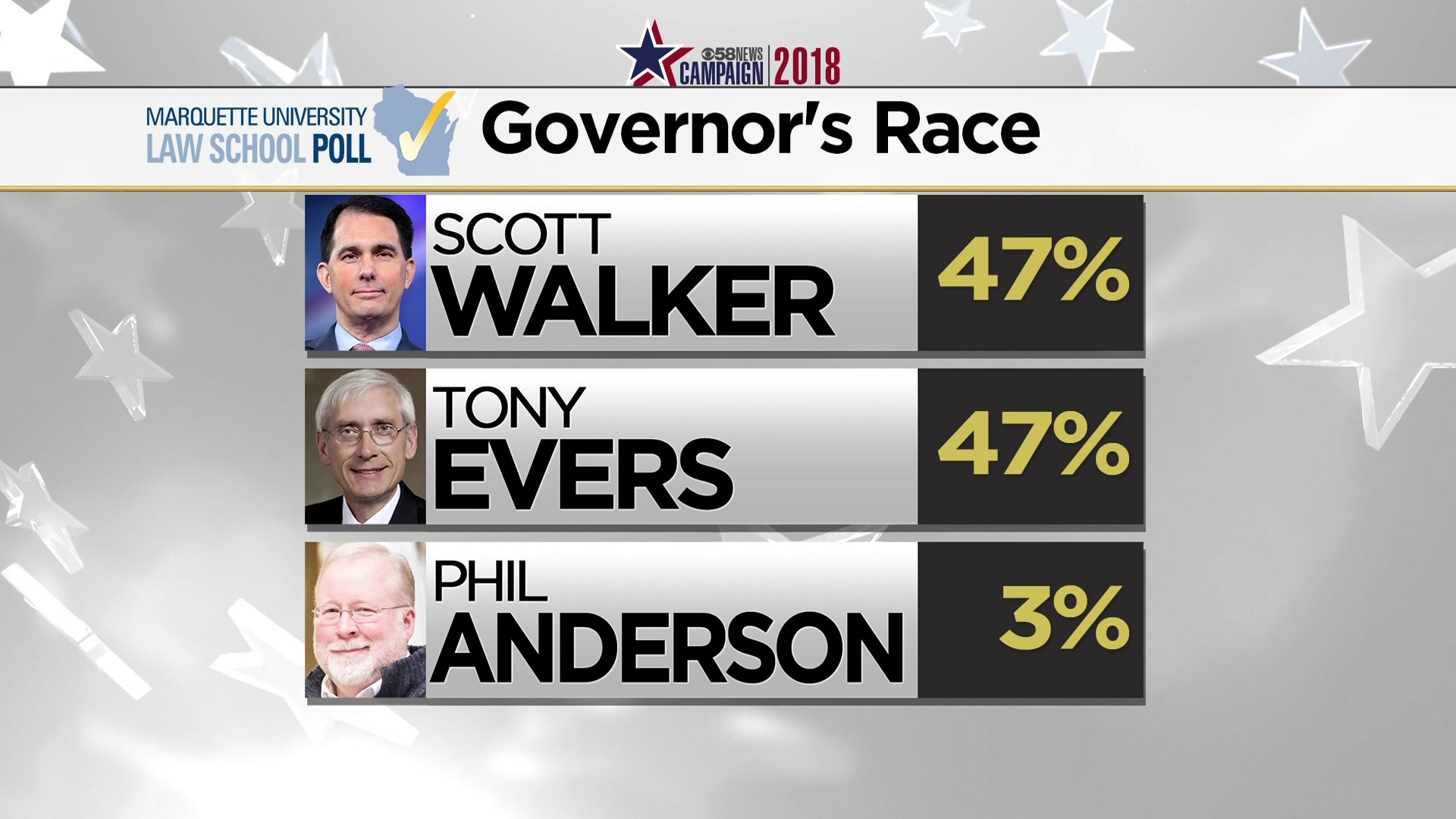 "This last week may be a game of inches. Maybe millimeters, to who gets the advantage," said Franklin.

Charles Franklin says with so few undecided voters, it's all about who turns out their base.

"That means pretty obviously that who gets their voters to the polls between here and election day, at least by our data, is where the advantage lies," said Franklin.

He says that's why you've been seeing high profile figures like President Trump and Former President Obama in the area.

"Both sides seem to be well aware of this being a close race, judging by who they're having in, the kinds of rallies, the kinds of advertising last-minute appeals."

Not so much in the senate race – where incumbent Tammy Baldwin continued to lead challenger Leah Vukmir by double digits. 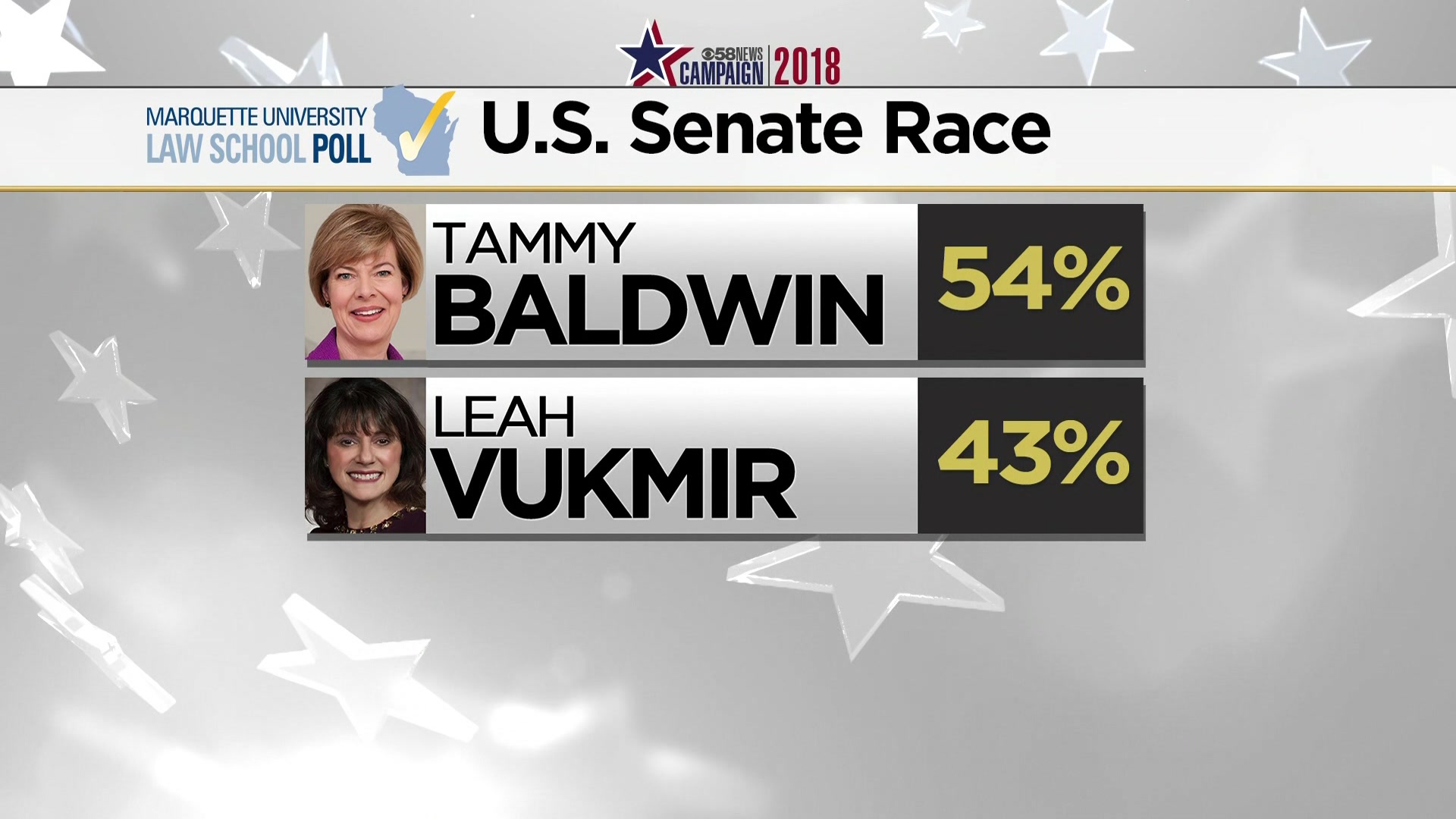 The issues most important to voters were healthcare, education, and the economy. 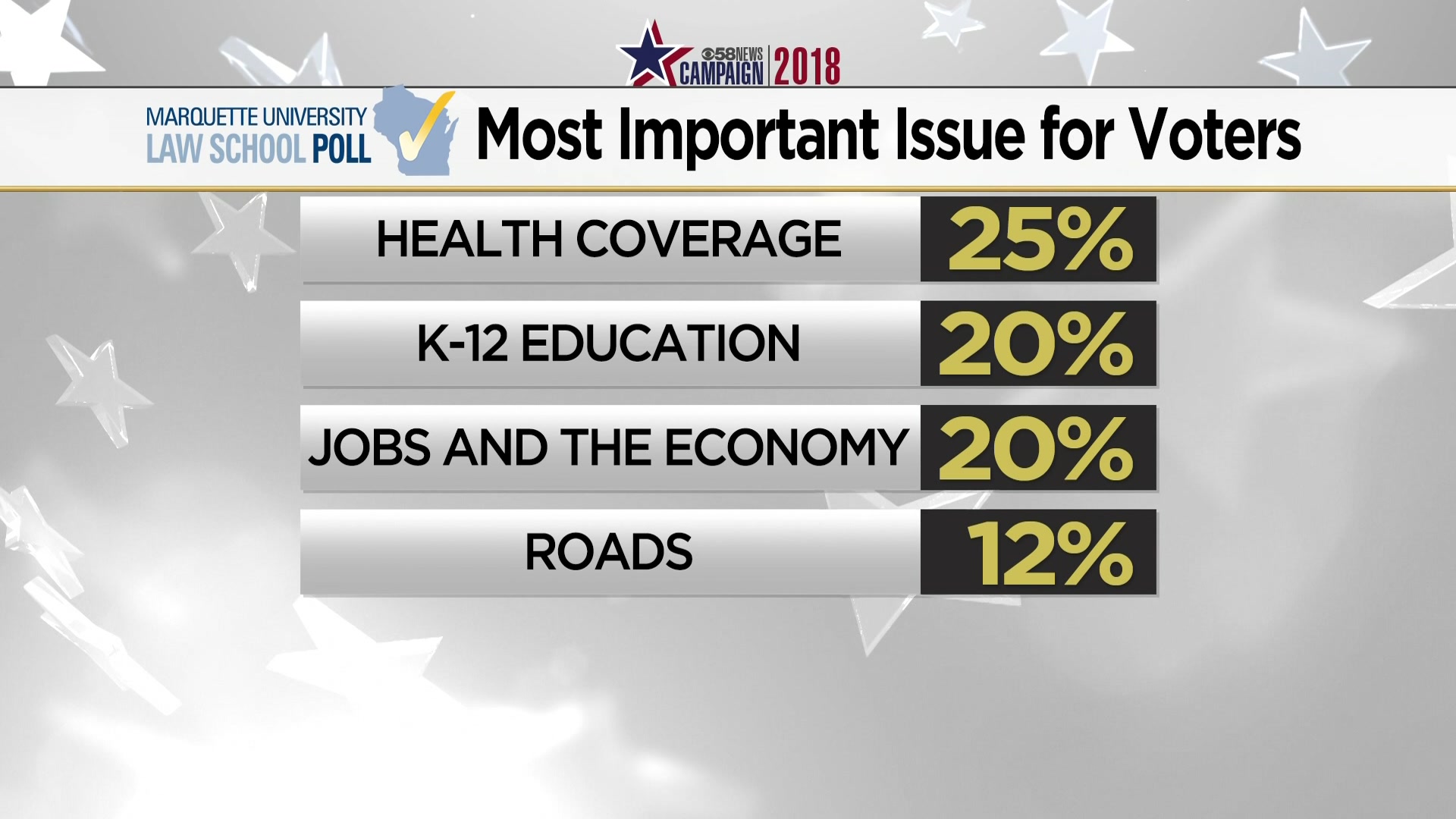 Franklin says as 2016 showed, issues can be more important to watch in the polls than close races.

"What did we learn from this poll about who's backing whom, what issues do they think are important and what is affecting their votes, whether than, narrowly, where do we fall?"

Franklin says it was a good thing the 2016 polls incorrectly predicted Hillary Clinton would win Wisconsin because it shows any poll can be wrong.

He ended his presentation by saying polls don't vote, people do.