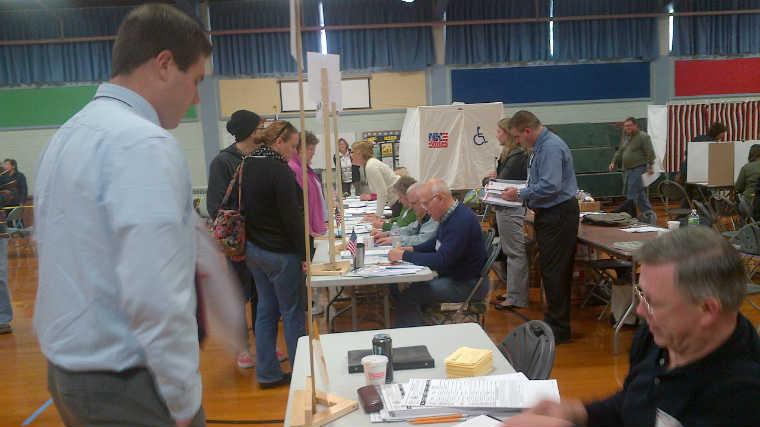 There are three busy times for election workers Tuesday. Thousands arrived as polls opened at 7:00 am and others made their way over at the lunch hour, the last busy time is between 5:00 and 7:00 pm for people after work.

\"It's my first time voting,\" Molly from Wauwatosa said.

'I vote in every election,\" Susan from Milwaukee said.

\"Everybody has to play a part in making our community better,\" Alicia Tines of Milwaukee said.

Voters filled polling places in downtown Milwaukee and Wauwatosa as the polls opened at 7:00 am.

The government accountability board predicts about 2.5 million people will vote in this election statewide. Lines were a concern initially but many voters found efficiency.

\"It's simple it's easy and everyone was really helpful,\" Molly said. \"It didn't take as long as I thought either.\"

There were some machine problems early at a few locations in Milwaukee but those were fixed quickly. The city has more than 2,100 poll workers for this election. Election officials say get out the vote efforts help push people to polls.

\"I think certainly there was a lot of candidate promotion of the election and that there was an election today,\" Milwaukee Election Commission Executive Director Neil Albrecht said.

\"If early voting is any indication this could be statewide, and certainly the city of Milwaukee mirrors that, could be a record turnout for a Gubernatorial election,\" Albrecht said.

Record turnout in the state's third race for governor in four years.

\"I think everybody wants to elect the person they feel is the best qualified that is going to do what they say they are going to do,\" Tom Callen of Wauwatosa said.