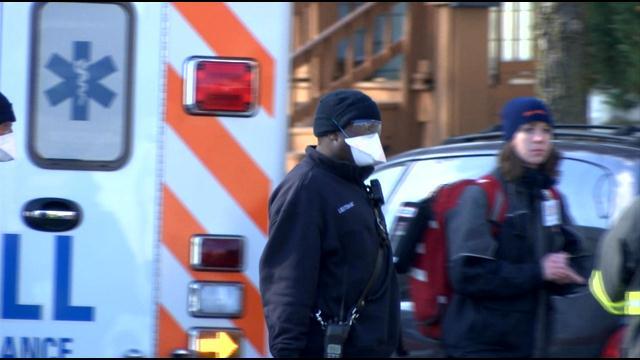 Ebola rumors started spreading through a Milwaukee neighborhood Thursday and a home was declared a hot zone as a result.

In the end it all turned out to be a misunderstanding.

The Milwaukee Fire Department couldn't give out many specifics because of medical and privacy laws.

But officials do confirm that they received a medical call and because of a language barrier, all that was understood was the word 'Africa.'

Out of an abundance of caution and in light of the deadly outbreak in West Africa, special procedures were put in place for the emergency response.

Once an interpreter was on scene, the determination was quickly made that there was no ebola threat.

Namely because the family was not in any of the countries on the watch list and the 21 day incubation period had long passed since their September return to Wisconsin.

While special equipment and clothing was readily available, it was not necessary to enter the home and render aid.

Assistant Chief Daniel Berendt tells CBS 58 News that the response and adjustment went according to plan and training.

\"Had it turned out to be something,\" Asst. Chief Bredent explained, \"they would go to the hospital and do the disposal at the hospital on sight.\"