It takes 365 days for the Earth to orbit the Sun. As it does so, let's chat about a few milestones along its path. The Earth comes closest to the Sun at a specific point due to an elliptical orbit. This moment in time is called the Perihelion. The Perihelion occurred last night at 11:19pm.  Peri is greek for "close" and helios means sun, that's where the word to describe this event derives from. 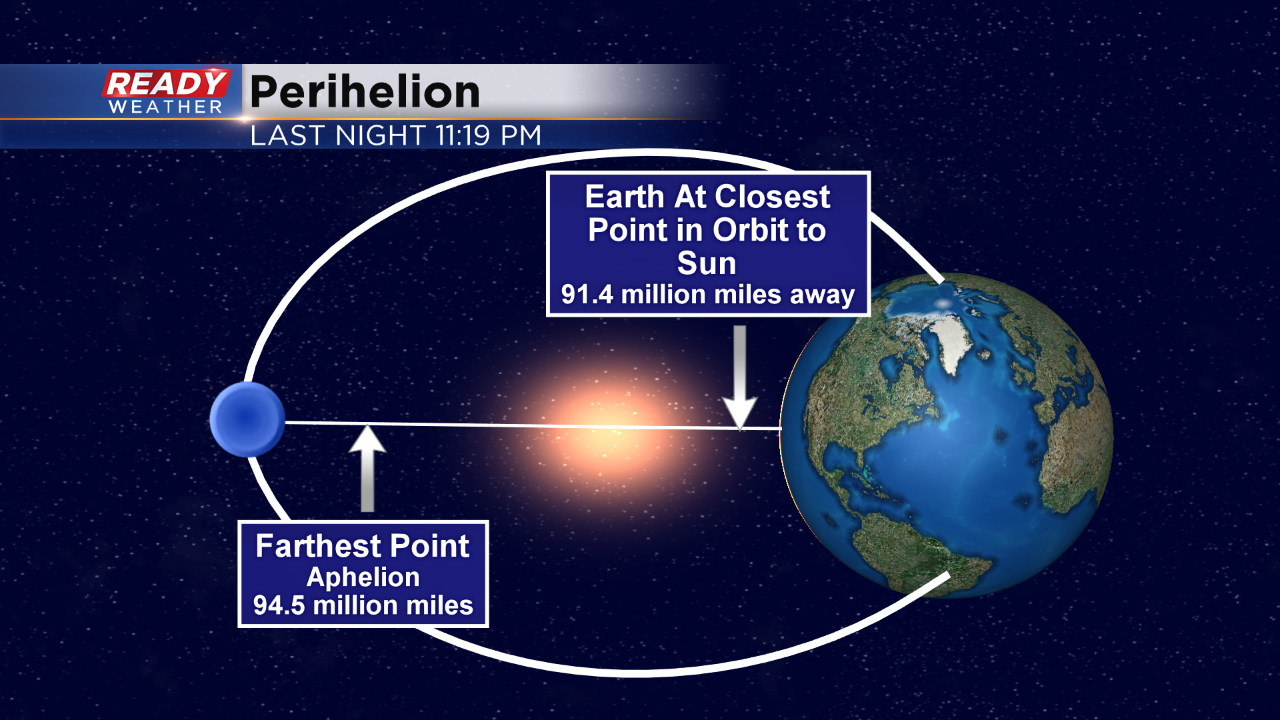 This distance however does not give us our seasons, that's caused by the Earth's tilt toward or away from the sun. The Perihelion comes about two weeks after the winter solstice, when it is winter in the Northern Hemisphere. By contrast, Earth is farthest away from the Sun at the Aphelion. That's about two weeks after the summer solstice when the Northern Hemisphere is enjoying warm summer months. While the variation of Earth’s distance from the Sun isn’t very large, our planet does receive more solar energy when it is closest to the Sun during Southern Hemisphere's summer. However, because there are relatively few landmasses south of the equator and oceans take more time to heat up, the temperature difference between the northern and southern summers is very small.

Additionally, did you know that the shape of Earth's orbit varies due to gravitational influences of other planetary objects, especially our moon? Approximately every 100,000 years, Earth's orbital path changes from being nearly circular to elliptical. The difference of the Earth’s orbital shape from a perfect circle is known as its eccentricity. In the short-term, that can cause these events to vary up to two days from one year to another. Mathematicians and astronomers estimate that in the year 6430, over 4000 years from now, the timing of the Perihelion and the Spring Equinox will coincide. That's a long time away! For now, let's just keep talking sun in the forecast through the upcoming weekend.