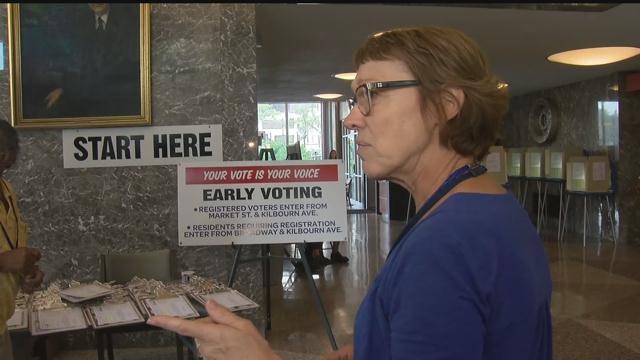 Early voting ends Saturday and Milwaukee's Mayor says as many as 50,000 ballots may be cast by then.

"I think this is the natural flow of things," said Mayor Tom Barrett. "People want to have that convenience. They don't want to have to wait in line on election day or they might have a schedule that requires them to vote early. So, I think that we're acting in the best interest of our democracy."

In addition to the traditional polling place at the Zeidler Municipal building in downtown Milwaukee, there are early voting locations at the Forest Home Library and the Midtown Center.