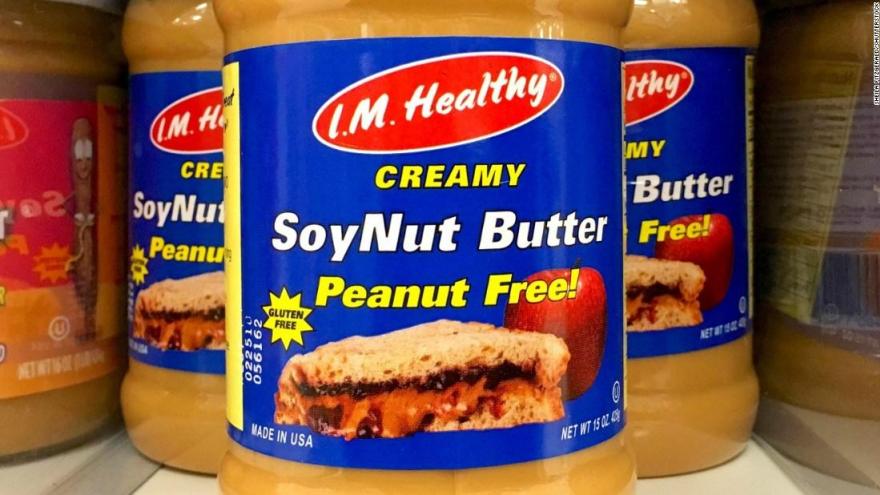 Four more ill people have been reported from four new states including Wisconsin. This brings the total to 16 ill people in nine states.

The most recent illness started on February 21st, 2017.

Two additional people were hospitalized including one with a type of kidney failure (HUS). Most of the ill people are children, including the five people with HUS.

(CNN) Twelve people in five states have become ill from E. coli, the US Centers for Disease Control and Prevention said Friday.

All but one of the individuals is under age 18, and six of them have been hospitalized. Four of the hospitalized patients have developed hemolytic uremic syndrome, a type of kidney failure. It can be life-threatening, although most people recover within a few weeks.

Health officials identified I.M. Healthy SoyNut Butter as the likely cause of the outbreak. The CDC and the Food and Drug Administration are working with state and local officials to further investigate.

I.M. Healthy has issued a voluntary recall of its Original Creamy SoyNut Butter with a freshness date of August 30 or 31, 2018.

The illnesses began between January 6 and February 15.

Symptoms of E. coli illness usually begin two to eight days after consuming the bacteria. They include severe stomach cramps, diarrheam, and vomiting. Most people recover in five to seven days, although 5% to 10% of individuals diagnosed with this type of E. coli illness develop hemolytic uremic syndrome, according to the CDC.